Patient Cat Waits For Grandma To Mend His Toy

Dogs may be man's best friend, but cats belong to the grandmas! One happy cat had a bit of a mishap when playing around with his favorite toy. Lucas, the four-year-old cat, fell in love with a stuffed leopard when he was just a kitten.“I got the toy from my local zoo, along with a few other stuffed animals,” said Lucas’ mom, Alana, “He usually leaves my stuffed animals alone, but he wouldn't leave this one alone.”

Over the years, the toy began to lose it's initial glow, becoming raggedy and gross, but Lucas paid that no mind. It became a source of security for the little kitten, and he would never dream of letting go of it. "I'd find it in all sorts of weird places," said Alana, "all covered in cat spit." Lucas also lives with the other residents of the home, such as Alana's grandmother. Her grandmother, like everyone else, immediately fell in love with the cat. 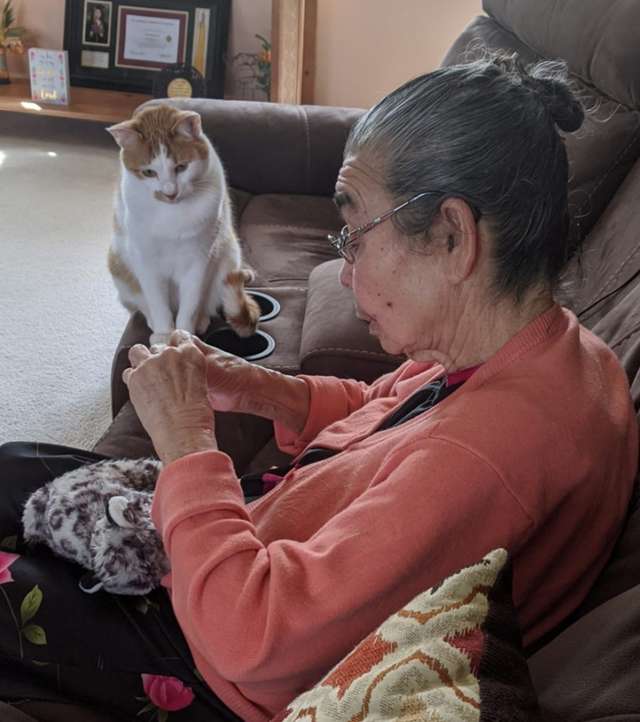 Alana's grandmother did not fall in love with the leopard though, noticing the stuffed toy's grotesque exterior. She decided to take matters into her own hands (or rather, into her own sewing machine). "He's had this toy for probably four years, and it ripped because of wear and tear [...] She saw that his favorite toy was ripped, so she sewed it back together for him," recounted Alana. 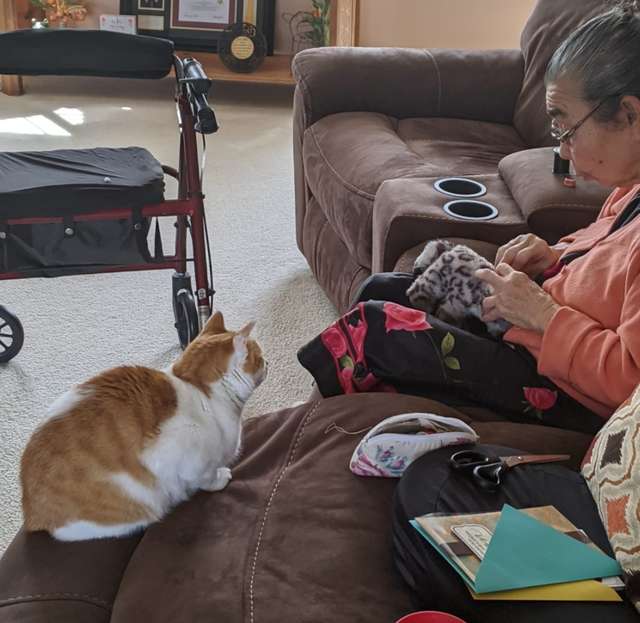 Lucas watched her handiwork like a hawk, not flinching from his spot as the grandmother hand-sewed some new life back into the toy. As Alana described it, “He was just super into what she was doing." Once completed she returned it to the feisty feline who couldn't tell the difference. It was a happy day for everyone, but now Lucas will be able to enjoy his friend for years to come.