Masked Batman Brings Food To the Homeless in Chile

It may not be Gotham City, but Santiago, Chile is still benefitting from their own mystery Batman character. Though he's not stopping the Joker anytime soon, he is stopping a bigger villain: hunger. This mystery man has been distributing food to the homeless on a daily basis for weeks. He drives around a white SUV, his version of a Batmobile, which is filled with warm meals and his batman costume.

Calling himself the "Solidarity Batman," he is working to make life in lockdown a little easier for those who are impacted the most. Doing it all in a familiar costume was a purposeful choice to make people feel more comfortable with his presence. His mask is also wearing a face mask to promote COVID precautions.

He told Reuters "Look around you, see if you can dedicate a little time, a little food, a little shelter, a word sometimes of encouragement to those who need it." 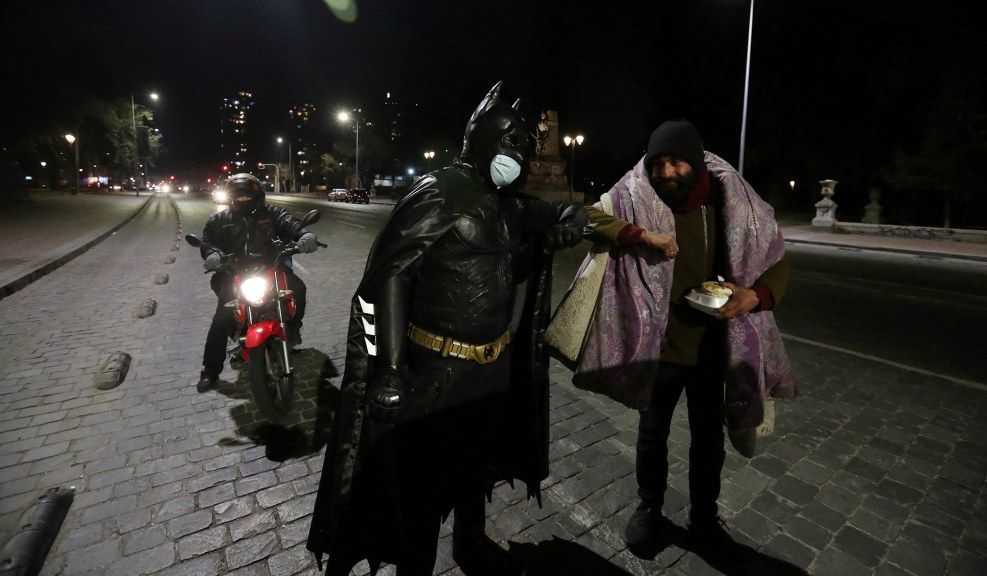 If you're wondering the name of this mystery do-gooder, you're not alone. However, he has still remained totally anonymous, just like the real Bruce Wayne. No matter who it is making and giving away these many meals, the goal of the program remains the same. His message is clear, as described to Reuters by one recipient of the foods, "It is appreciated…from one human to another."