Ricardo Pimentel might be the modern-day equivalent of Noah's Ark. As vicious hurricane Delta destroyed the Mexican Yucatan Peninsula, Pimentel knew that there was one group that wouldn't be safe from the storm. The local hero ushered hundreds of animals into his house. Among the animals were over 300 dogs as well as a variety of rabbits, chickens, and a single hedgehog. There was also a group of sheep huddled together on his porch but were too big for his household. 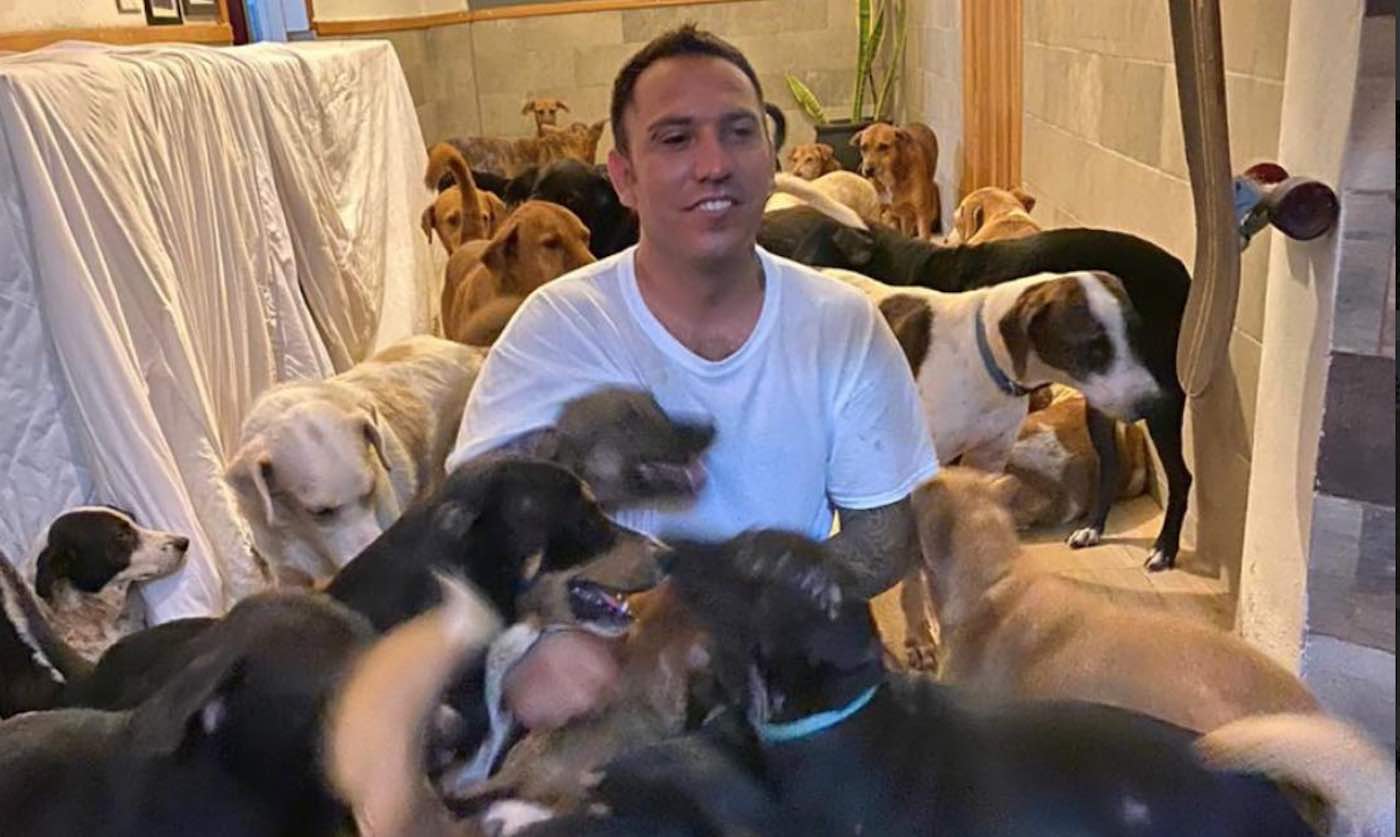 Pimentel didn't care about the stuff inside the house as much as he cared for the living beings. "It doesn’t matter if the house is dirty, it can be cleaned. The things they broke can be fixed or bought again," he said, "but what’s beautiful is to see them happy, healthy and safe, without wounds and with the possibility of being adopted."

This isn't a shocking story for the local community, who know Pimentel and his family to run the Tierra de Animales (Land of Animals), an animal sanctuary he founded over a decade ago.

Prior to the storm, Pimentel asked for donations, as he knew resources would be scarce afterward. He posted a few zoo-like photos from inside his house, and it wasn't long until he was flooded with generosity. Additionally, the shelter wreckage didn't last long, as neighbors came by to help rebuild the broken down areas. It seems both Pimentel and his community are living the Tierra de Animales motto, "Leave footprints of kindness for others to follow."