When esteemed police officer Brian Zach drove off to work in March of 2018 he had no clue that he would be meeting his future adopted daughter. Coming from the Kingman Police Department, the lieutenant found a little girl named Kaila at one of his calls. The child was a victim of abuse and she took a special liking to Zach. The then-toddler colored and ate with the officer at her side. Neither had any idea how much their lives would change together.

After their day together, Kaila was sent to the hospital to be treated for her multiple injuries. Her new friend Zach went home, where he realized that he and his wife would be excellent parents to the now orphaned girl. He shared with his wife that he wanted her to join their family. His wife, Cierra, was happy to add another child to their family of four.

"We lived each week not knowing if she was going to go back to her biological parents, or how long we were going to keep her," he recalled, "Our goal was to love and care for this little girl for as long as it happened." 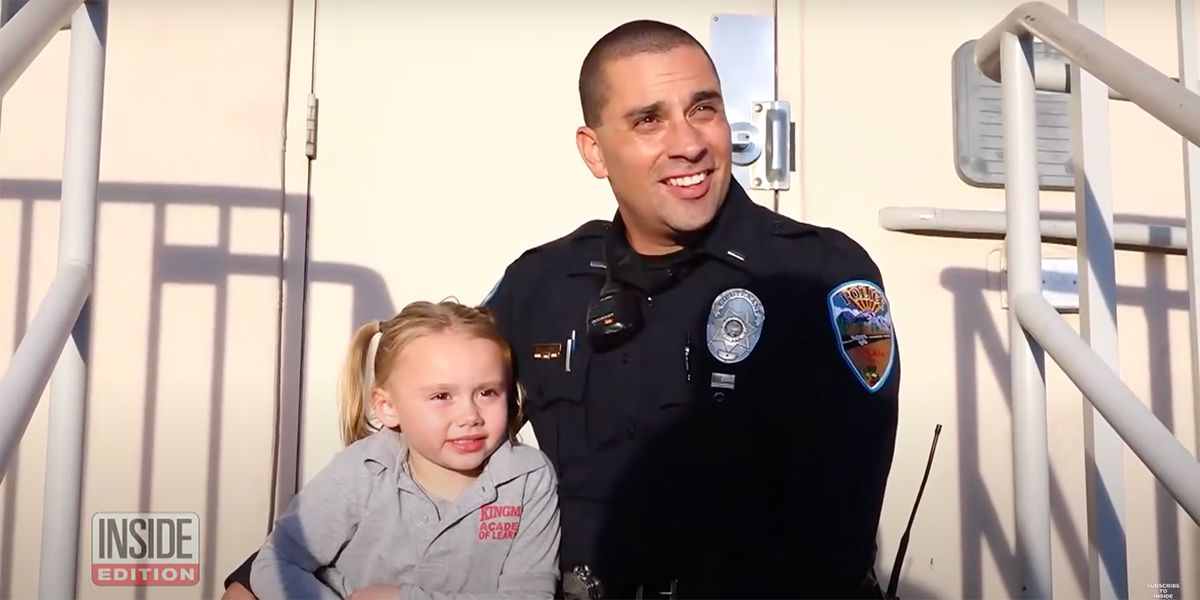 Finally, their prayers were answered. After 30 months under the care of the Zach family, Kaila was officially into their home as a legal member of the family. At four years old, the toddler was welcomed to the crew at the Mohave County Superior Court in Lake Havasu City.

"Lt. Brian Zach’s commitment to public safety is exemplified in his commitment and love for Kaila," said Kingman’s chief of police, Rusty Cooper, "Both Brian and his wife Cierra are amazing parents. They are committed to the service of others and a cause that is greater than themselves."