Giving back in small ways can be good, but huge ways are not too bad either. One Wisconsin seventeen-year-old working at Chik-Fil-A decided to give back in a big way. After working at the fast-food joint for five months, Haley Bridges knew that her co-workers had become like a second family. Haley was shocked when she won a new car in the annual company Christmas raffle organized for employees, she knew that she was not the most deserving person for the gift.

Haley's coworker and newest BFF had been biking to work every day in the negative Wisconsin winters. Hokule’a Taniguchi, from Honolulu, was taking two wheels to commute to Grand Chute.

"I was biking here every morning, so it was a little rough," the 19-year-old said in an interview with WLUK News. "Because I’m from Hawaii, I was like, ‘It’s kinda cold!'"

Taniguchi said she had a sneaking suspicion her friend would give her the car...as well as a promise from Haley. 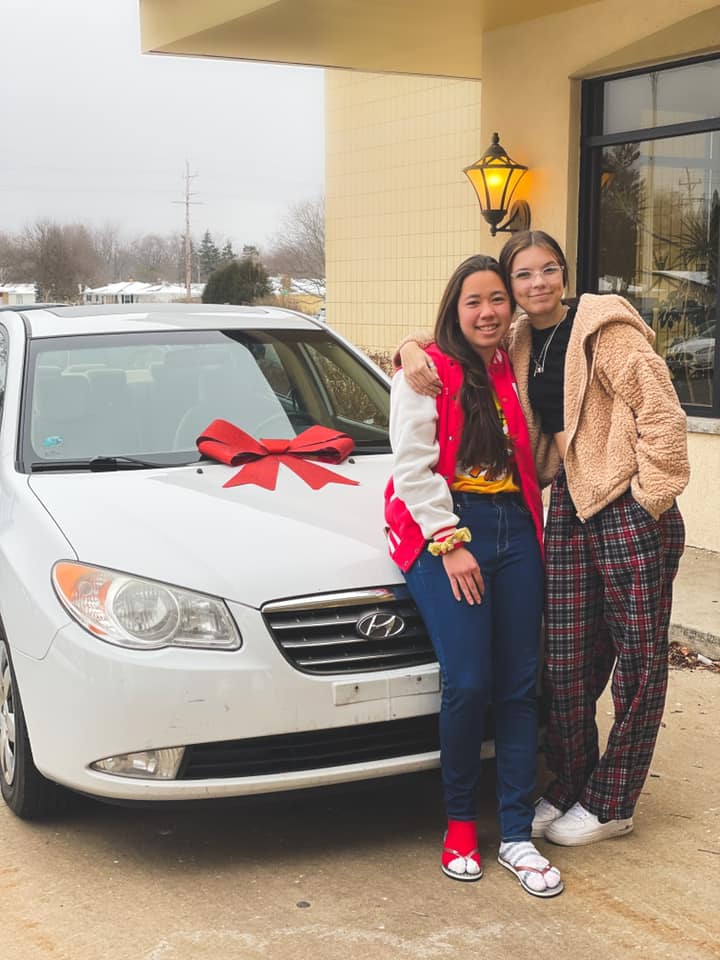 "I really just started crying, because I was so happy. I was like, 'Oh my gosh! I can’t believe this is real,'" said Taniguchi. "Now I can go grocery shopping."

Taniguchi is immensely grateful for her best friend and a new car, but she's also pretty excited to avoid frostbite and sleep in a little later. The power of friendship is much stronger than the power of below-freezing temperatures!