Do You Know What the Smallest Animal Is?

In 2009, scientists discovered a new species of frog in New Guinea, and it wins the title of the world's smallest vertebrate. The Paedophryne amauensis has an average body length of less than 8 mm, which is about the size of a pea. The frog's tiny stature is linked to its environment; it dwells in leaf litter on the forest floor. They are difficult to find since they're so small, and they mimic the calls of insects when they want to disguise themselves. "The New Guinea forests are incredibly loud at night; and we were trying to record frog calls in the forest, and we were curious as to what these other sounds were," said research leader Chris Austin from Louisiana State University. "So we triangulated to where these calls were coming from, and looked through the leaf litter. It was night, these things are incredibly small; so what we did after several frustrating attempts was to grab a whole handful of leaf litter and throw it inside a clear plastic bag. When we did so, we saw these incredibly tiny frogs hopping around," he said. 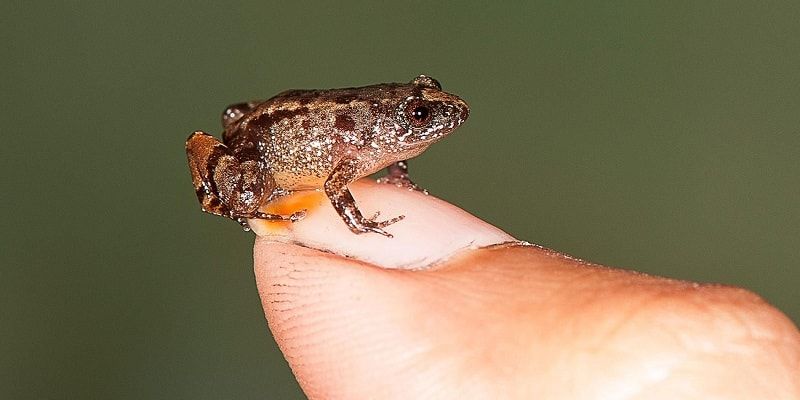