All Of Santa's Reindeer Are Confirmed To Be Female

Who knew that Santa Claus was such a powerhouse for female empowerment? According to tabloid magazine People, Santa has all-female reindeer pulling his sleigh...except for the one with the red shining nose, Rudolf! Although all the reindeer are typically depicted as male or a mix of male and female in front of Santa, biology says that these deer would have to be females. There's no way these caribous could be cari-boys!

Edinburgh University professor Gerald Lincoln told the Telegraph that the science is all found in the antlers, a core part of any Christmas deer portrayal. "Male reindeer actually cast their antlers before Christmas, so they don't have any antlers at Christmas time," said the professor, "They have their mating season in autumn when they use their antlers to fight, but once it finishes they cast them."

The proof is in the figgy pudding! 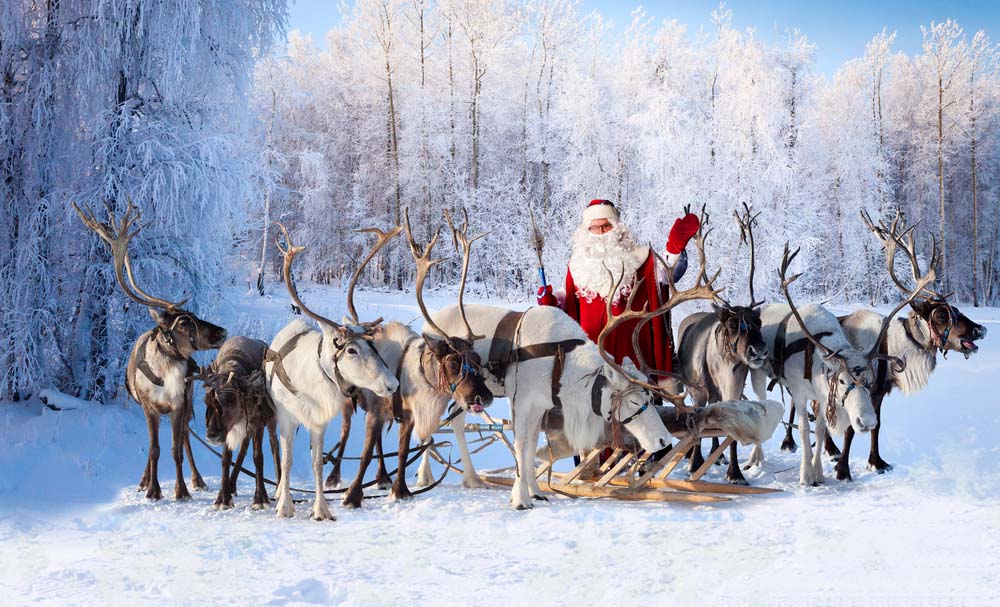 By comparison, female reindeer have their antlers throughout the holidays. They even stay there until the spring, when the reindeer would typically give birth. So not only are these women pulling Father Christmas all over the globe (and probably daily, if we're being honest) but they're also doing it all while pregnant. That's nothing short of a Christmas miracle, and it happens every year! You go, girls!