There's someone out there for everyone, even the world's rarest turtle. The Swinhoe Turtle was thought to be a dying breed, with only one of the species still surviving. However, a recent discovery has unveiled a female Swinhoe’s softshell turtle found off the shore of a Vietnamese lake. While it's not much, scientists are hoping that this newfound friend could lead to breeding the turtles and saving the species a little bit longer.

The female Swinhoe was found to weigh in at about 189 pounds. The female was discovered in Vietnam's Dong Mo Lake in October. The turtle was tested and given a tracking chip before being returned to the lake. Meanwhile, the tests were sent over to China's Suzhou zoo, where zoologists confirmed that the two were of the same species. Breeding these turtles, often hunted for their eggs and soft shells, could be saved after all. 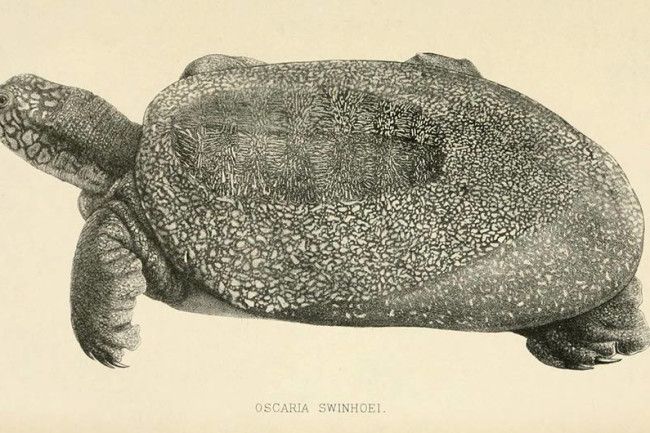 "This is the best news of the year, and quite possibly the last decade, for global turtle conservation," said Chief Operating Officer of the Turtle Survival Alliance,  Andrew Walde. "As the most endangered turtle on Earth, a tremendous amount of energy and resources have been dedicated to the preservation of the Swinhoe’s Softshell Turtle."

Though it has not yet been confirmed, researchers have also heard rumors that there is another turtle of the species in the lake. This dying breed might live to see another day...