Woman Makes Beds In Her Garden For Local Squirrels

Being a squirrel is a full-time job. After all, they have to gather nuts, avoid cars and roads, and run up tree trunks. All that hard work likely gets pretty tiring. Luckily for the rodents residing in Sharon Cutler's backyard, they finally have a place of their own to catch some shut-eye. Cutler began creating new tiny beds for furry friends such as these to take a nap in her own garden. 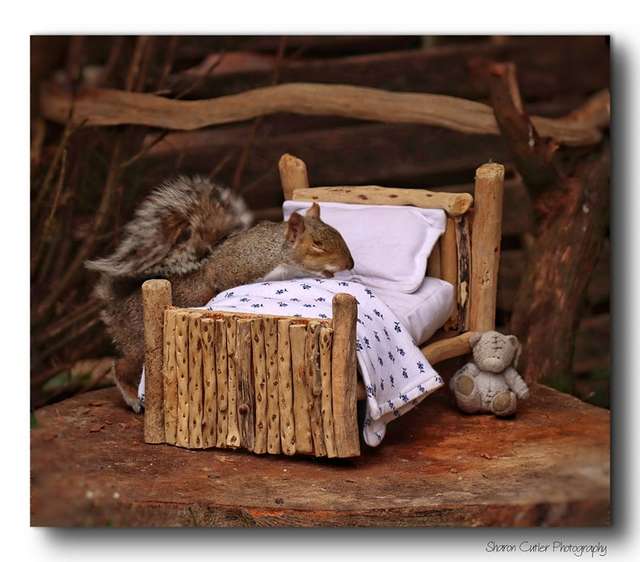 Sharon Cutler, a landscape photographer from England, came up with the idea to take some up-close pictures of the many fluffy-tailed friends she has in her own space. A few months ago, she created a tiny bed by hand. It was crafted from driftwood and was only meant to act as a visual prop in some pictures that she was taking for her daughter. She never knew how easy it would be to create them for her own line of work. 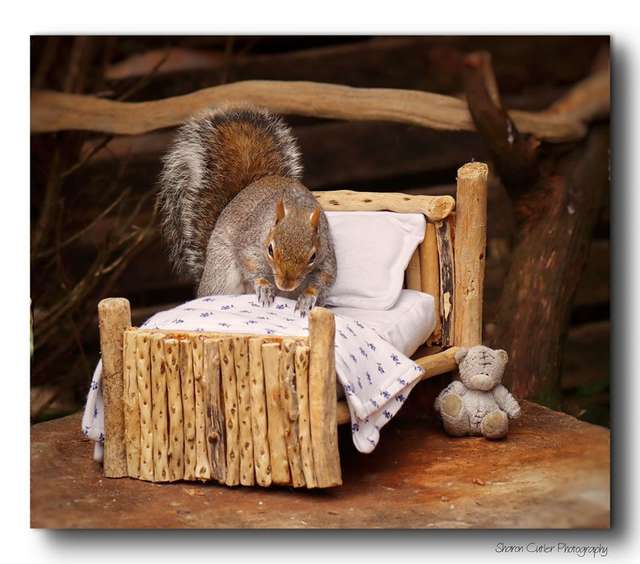 She decided to remake the miniature bed along with matching linen and pillow set and place them in her backyard. Then, she waited. She waited for a long time before she got what she was looking for, a tiny squirrel approached the furniture and began inspecting it, and Cutler began snapping photos. She named him Cyril. "Cyril the squirrel was so tired from a busy day in the garden, so it was time to say his prayers, plump up his pillow, fluff up his quilt, and jump into bed," said Cutler. 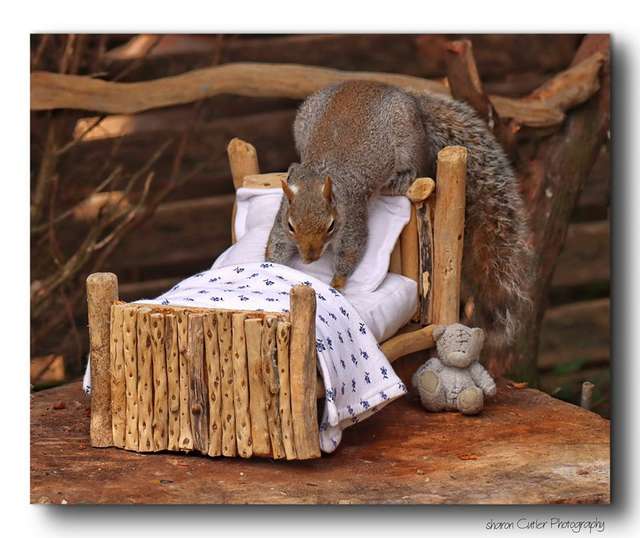 In the end, Cutler only managed to snap a few pictures before Cyril scampered off into the forest once again, but the images were special. "I love photographing squirrels," Cutler recounted later on, "Such cheeky, mischievous little characters." For now, she must wait until another furry friend comes by looking for a place to rest their head.