Gray Wolf Officially Lifted From the US Endangered Species List

By Alyssa M 2 months ago

After 45 years of conservation and environmental efforts, the gray wolf is finally safe again. The Endangered Species Act (ESA) protected the carnivores since 1975. The status of their conservation will now fall to the local governments of the lower 48 states. The threats against the animals have been largely eliminated, and it seems that everyone is dedicated to keeping the numbers of the gray wolf species high. There are now about 6,000 living gray wolves. 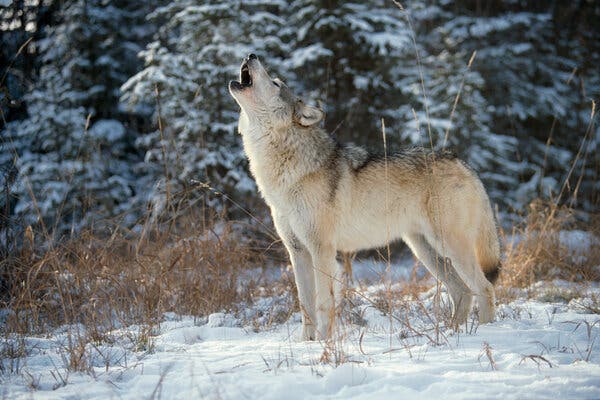 "After more than 45 years as a listed species, the gray wolf has exceeded all conservation goals for recovery," said David Bernhardt, Secretary of the Interior, in a statement. "Today’s announcement simply reflects the determination that this species is neither a threatened nor endangered species based on the specific factors Congress has laid out in the law."

The species will no longer have to hide in the depths of Michigan and Minnesota forests. Instead, the numbers of the animal have skyrocketed.

This marks a huge success for the ESA. Representative Rob Bishop from Utah’s 1st District described the story as "one of the most successful species recoveries in history." Congressman Ken Calvert from California noted the progression "an important milestone that illustrates the positive gains made in recovering this treasured species."

The fight isn't over though. There are still many animals that need to be restored. For now though, this is a pretty good start.