"I felt like I was meant to find her," said Aaron Kinsel. Kinsel was referring to the 10-week old puppy he found while working his usual route with Rumpke Waste & Recycling as a truck driver.

On Wednesday morning, Kinsel was driving through Colerain Township outside of Cincinnati. As someone who has an eye for the unexpected, he couldn't help but notice an abandoned backpack on the side of the road. He thought he was strange, and when he took a peek inside, he saw man's best friend. 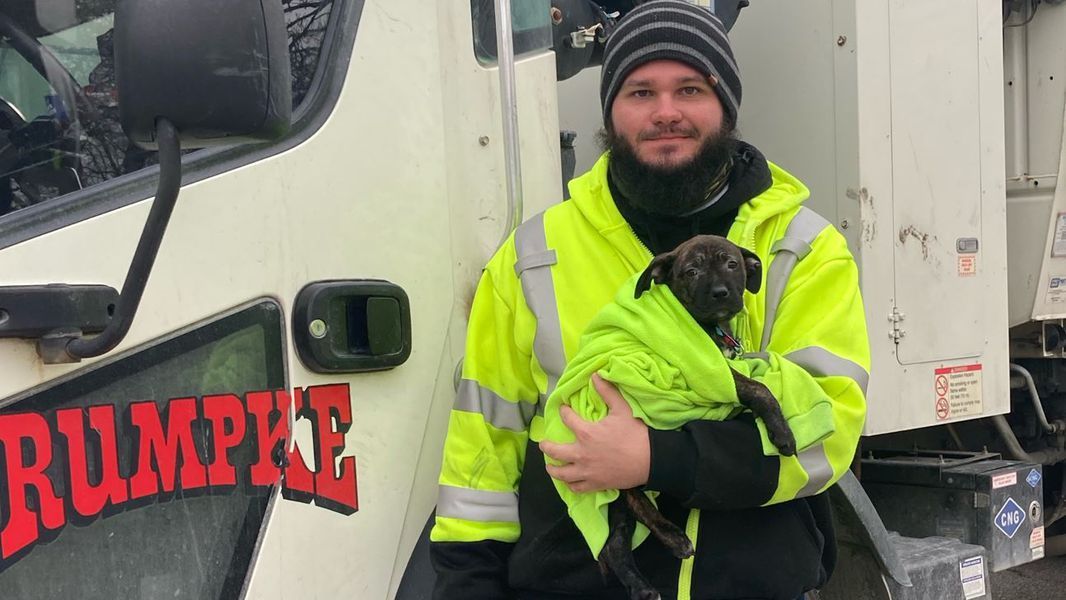 He identified the dog accurately as a female boxer-mix. The dog was severely dehydrated and had also suffered a broken leg when Kinsel discovered her in the bag. He brought her to a local veterinarian's office where she is currently being treated. Vets say that she will likely either need to have her leg amputated or undergo expensive surgery to save the limb. Rumpke has offered to cover the costs of the puppy's treatment to ensure she survives. For now, she's been given the name Tipper. 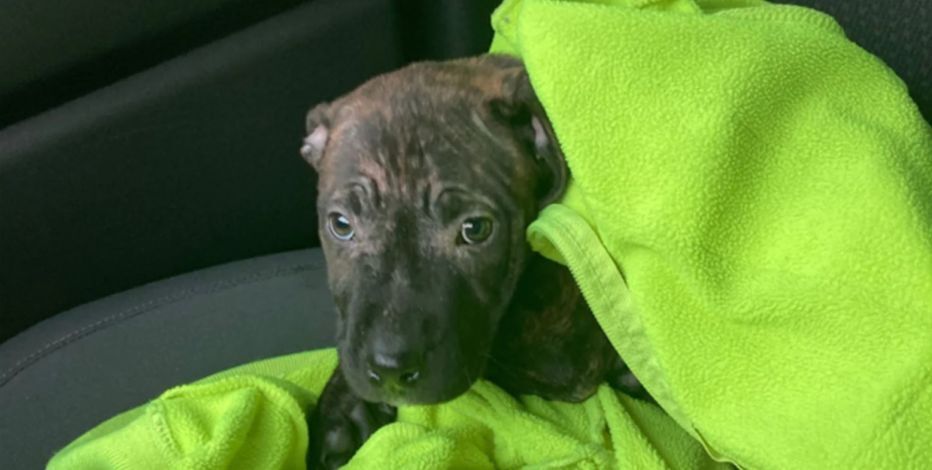 Kinsel has also confirmed that when treatment concludes, he and his family will take over the care for the dog as their own pet. He will also likely opt to amputate the broken leg, as vets warn it could be an issue down the line. However, Kinsel still feels like they are a match made in heaven, as does his employer.

Kendra Catherman, Cincinnati safety manager at Rumpke, said in a statement on the company's website, "We are very proud of Aaron and delighted to make Tipper an honorary member of our Rumpke team."