Bird watchers in Ohio couldn't believe their eyes when they spotted something that looked too peculiar for Ohio skies. Enjoying a soar through Ohio's Summit County in the city of Green, one Brown Booby seabird was spotted above the Nima-Sila Reservoir. It is thought to have blown there as a result of recent hurricane winds. People have come from all around town to catch a glimpse of the rare bird with a funny name.

Bird watchers in particular have been ecstatic to see one up close. "We're delighted to have found a juvenile brown booby", said Metroparks biologist Dan Toth, covered by poison ivy he contracted trying to get the best view of the bird from the forest floor. Birder Henry Trimpe was the first to alert local birders of the creature, who has been roosting in a dead tree since it's arrival. The clue sparked thousands of eager visitors. 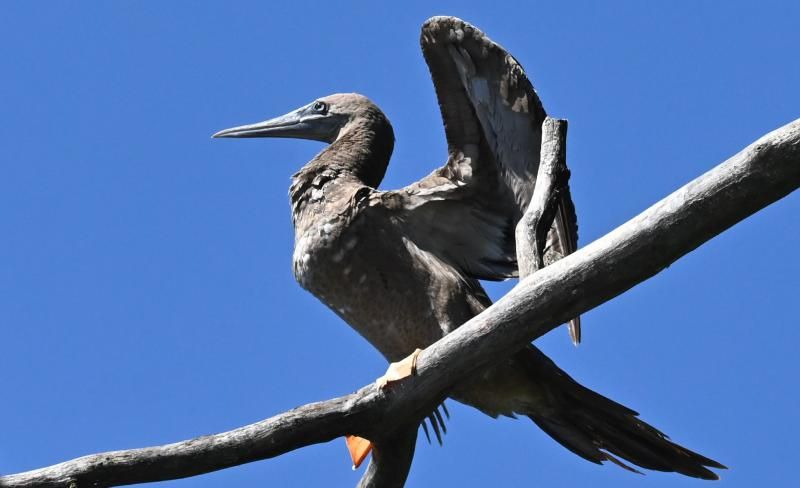 There are three types of Booby birds to be spotted. The masked, the blue-footed, and the brown-- all of which are seabirds. Brown Booby's are typically discovered in the Caribbean as well as the Gulf of Mexico. Now that this bird is safe another day from the harsh hurricane winds, many are hoping she'll return to a warm climate before the cold autumnal season begins in Ohio.