In a moment that defined what colonialism has done to the world, Francisco Pizarro captures and betrays Incan emperor Atahualpa without a second thought. 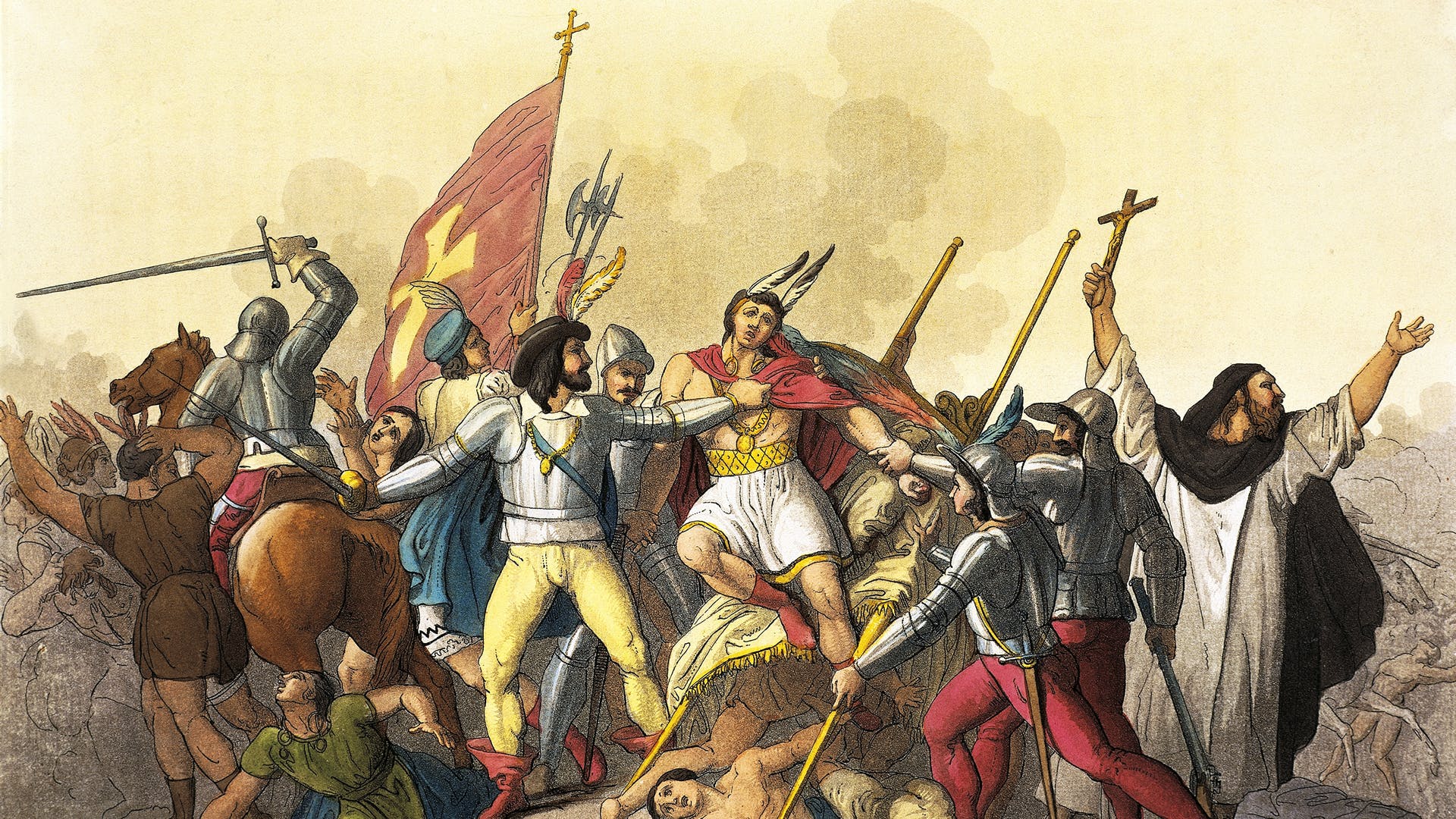 Pizarro and his conquistadors arrived in the Incan empire in 1531. At the time, the Incan people were locked in a major civil war, in which Atahualpa, the youngest son of the former Incan ruler Huayna Capac, had just murdered his half brother Huascar over the ownership of the kingdom.

King Charles V and Pizarro worked together to put together counter-insurgents to fight against the current establishment to take power over the Incans on their own turf.

By early 1532, the Incan Empire had nearly wiped itself out, and the people's loyalties were split possibly irreparably. 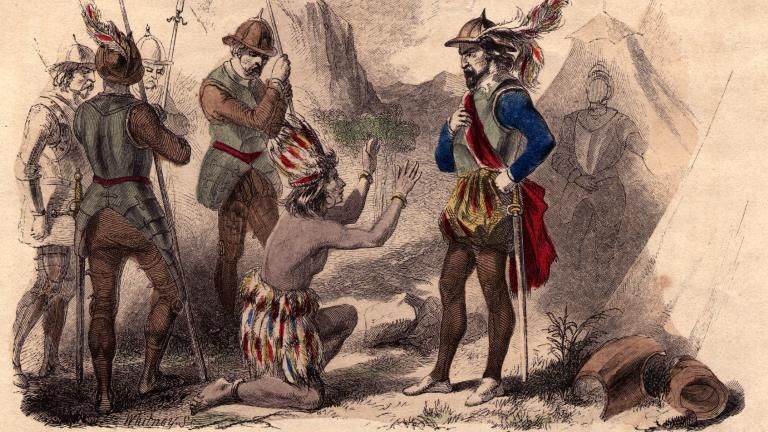 So, the Spanish conquistadores took this opportunity to take over the kingdom.

Pizarro met Atahualpa in a small Incan town just outside of the major city limits that they had established. The idea that Atahualpa was following was that Pizarro had suggested that he and his constituents join the conquistadores for a feast in his honor as he took the throne.

Atahualpa arrived at the feast with 5,000 unarmed soldiers. When Atahualpa sat down, he was confronted by Pizarro about converting to Christianity. Obviously, Atahualpa did not want to do that. So, when he expressed his insult and outrage to Pizarro, he and his men were fired upon by the conquistadores.

All 5,000 soldiers died, but Atahualpa was left alive. There were no Spanish casualties. The only injury was a small cut on Pizarro's hand that he got when trying to shield Atahualpa from being murdered.