This Cat Begs For Food by Playing the Piano

Sing us a song, Piano Cat, sing us a song tonight! The Piano Cat is set to become the newest Grammy nominated artist at the rate he's going, and he's come quite a long way from where he started from. Winslow, a 7 year old tabby cat, wasn't always such a maestro. According to his owner, Winslow, "used to run around screaming all the time" whenever he was interested in a snack. His owner, Philadelphia musician Kate Nyx, knew it had to stop. 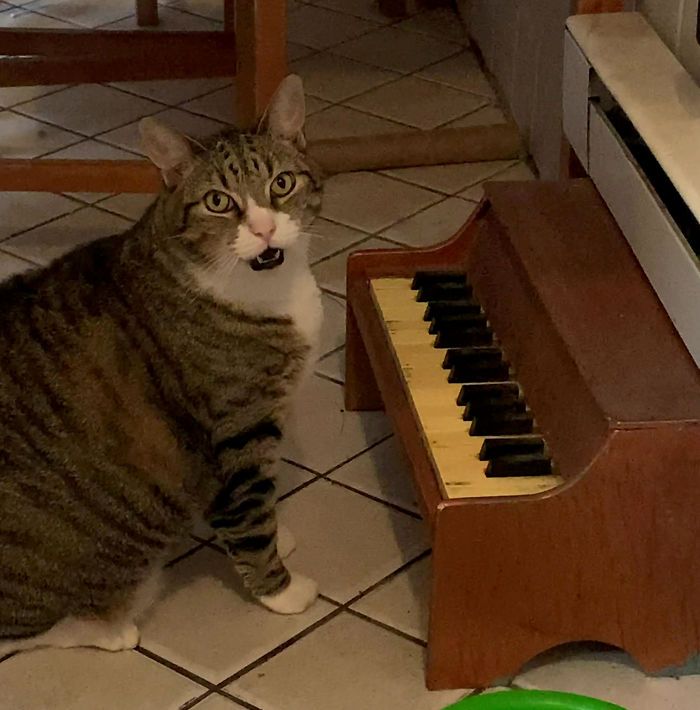 Kate told The Independent that when she had bought the tiny instrument a while back, her beloved kitty had always shown an interest in hitting the keys. She decide to try to train him to play for his dinner. She placed his new piano beside the food bowl in the kitchen and started teaching him that piano playing meant a full belly. Apparently, it worked!

"He learned that I encourage moving his paws up and down the keyboard," said Nyx, "so he does that when he really wants something."

Adopted after being discovered fighting a dog at just eight weeks old, Nyx and Winslow have been through a lot together. According to her, when they found him "He was scarred up, covered in dirt, we had to teach him how to eat dry food and he had a serious case of ringworm. Now he’s transformed into a chaotic gentleman."