These Pups Celebrated at the 2020 Emmy Awards

Dogs rarely get the chance to show up at award shows, but this year is going to be a little different. With celebrities still quarantining, all awards had to be given virtually, so fans got to see some cool pets behind the scenes. When Zendaya won her Outstanding Lead Actress in a Drama Award for her role as Rue on Euphoria, her own little dog can be spotted scampering across the bottom of the screen. 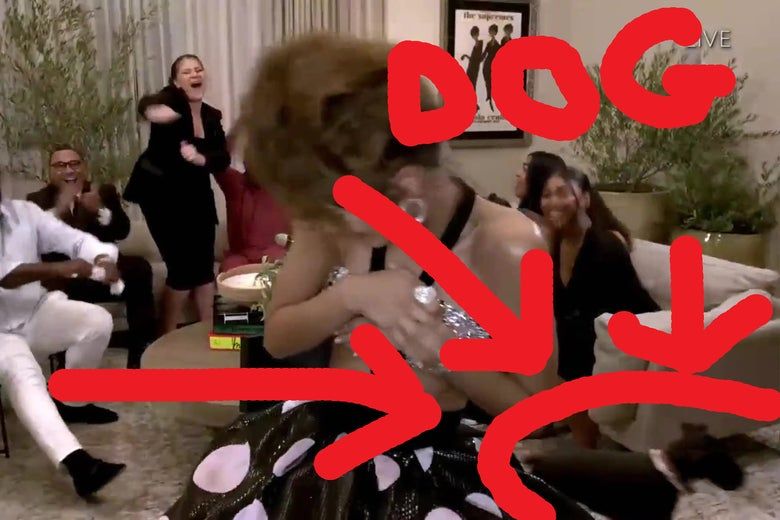 Another puppy was spotted on the screen when Jimmy Kimmel, the award show host of 2020, was presenting the nominees for Best Variety Talk Series. Though it was John Oliver who went home (or in this case, stayed home) with the Emmy, those with a keen eye could spot Stephen Colbert holding on to his own prize...his pup Benny! Benny has appeared on Colbert's program often since the start of quarantine. 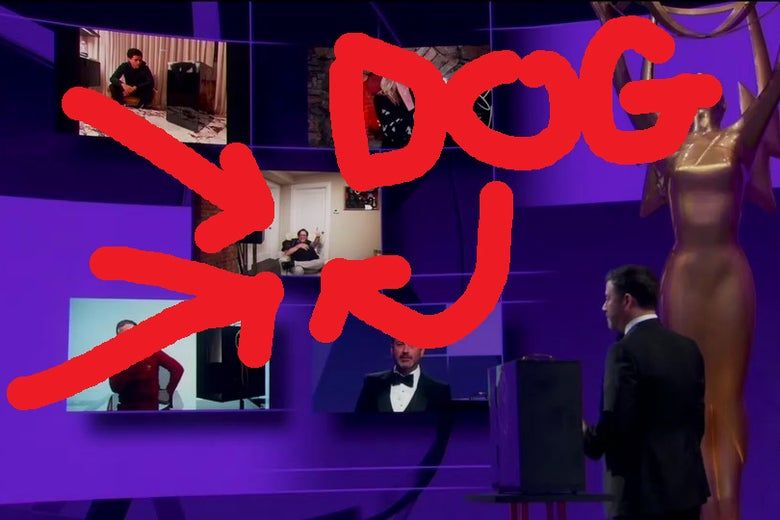 Though most famous faces opted to surround themselves with family, friends, and costars, some decided it would be best to include their furry friends as well. Alex Borstein, nominated for her role in Marvelous Mrs. Maisel, had her own dog by her side, though she lost the Outstanding Supporting Actress in a Comedy Series Emmy to Annie Murphy from Schitt's Creek.  Congrats to the winners and more importantly, the dogs!