The Mystery of Houston's Abandoned Tiger Has Finally Been Solved

You never really know what you're going to find when you waltz into an abandoned home... 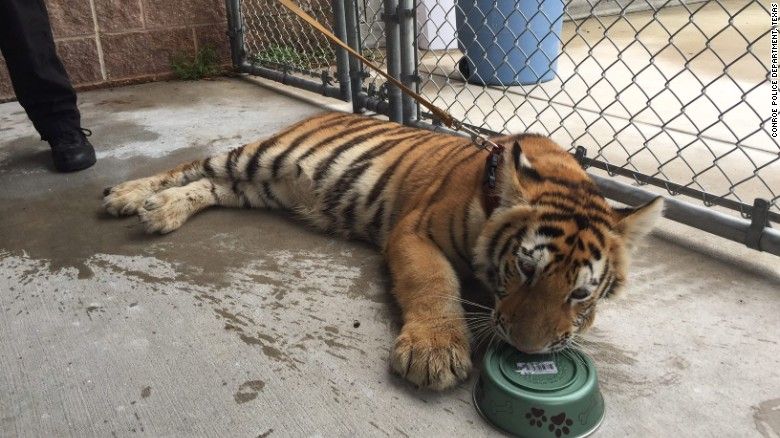 February 2019, Houston, TX police received a strange call from two shaky individuals detailing a situation that was almost too weird to be true.

The two individuals confessed to walking into an abandoned home outside of Houston proper to smoke pot. But when they entered, they were greeted by a 300 lb tiger who was trapped in a cage that was made of barbecue grill platforms.

Naturally, the police officers were skeptical of their discovery. But, after questioning the individuals and letting them lead the way to the abandoned home, the police found the malnourished tiger trapped in its cage, soiled by its own excrement.

Houston police have arrested Brittany Garza, 24, a Houston native who claims that she owned the tiger. Garza was taken into custody on May 15th, 2019, and charged with animal cruelty for failing to provide food, water, and a hospitable environment for the tiger she named "Rajah."

Fast forward to today, "Rajah" has been renamed to "Loki," and he was officially relocated to a wild animal ranch in Dallas late last month. The state placed the tiger under the guidance of a woman named Christi Gilbreth, who leads the wildlife team behind this particular sanctuary.

Garza has since been banned from spending any alone time with the tiger she failed to protect, and Loki gets to enjoy the rest of his days under the care of dedicated professionals.