The Essential Guide to COPD for Seniors

Seniors know better than anyone that health is far from guaranteed, especially as you get older. “Nearly 15 percent, or about one out of seven, middle-aged and older U.S. adults suffer from lung disorders such as asthma or chronic obstructive pulmonary disease (COPD),” writes Web MD. For many seniors, unexpected medical bills and other health-related costs can feel overwhelming, especially if you’re living on a fixed income.

By gathering information about common conditions like COPD, the easier it becomes to prevent it, diagnose it, or treat it.

COPD, or Chronic Obstructive Pulmonary Disease, is an umbrella term that can refer to several different inflammatory lung diseases that may restrict airflow to and from the lungs. The two most common COPD conditions are chronic bronchitis and emphysema. Although each condition that belongs to the COPD family has unique symptoms and treatments, the origins are alike.

In most cases, COPD is caused by the inhalation of particulate matter, such as gases, dust, chemicals. The most common cause of COPD is cigarette smoke, which is the root of the issue in 80 to 90 percent of cases. According to Health in Aging, “About one in five smokers eventually gets COPD, even if they have quit smoking.” Smoke or particulate matter will settle in the lungs, triggering the body to send white blood cells to the affected area in order to combat the irritation and inflammation. Although these white blood cells are meant to protect the body from inflammation, the enzymes released in the process eventually destroy healthy lung tissue.

COPD is incurable and progressive, meaning that it will only worsen over time. However, this diagnosis is not immediately fatal. By adopting the right treatment to help manage your symptoms, a long and comfortable life may lie ahead of you. After diagnosis, remember that risk factors and complications may arise, so be sure to pay attention to warning signs. 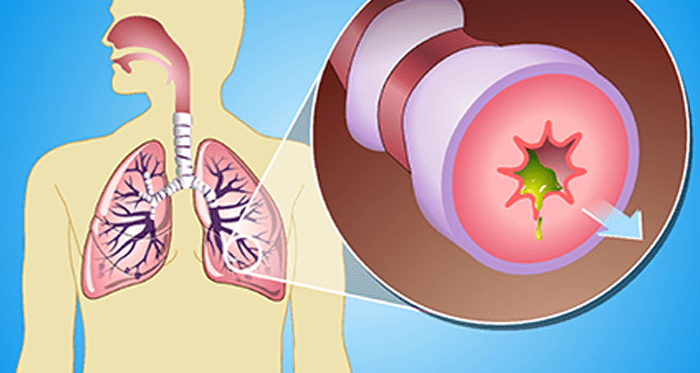 A variety of diseases fall under the COPD umbrella, but many of the symptoms tend to overlap. The most common symptoms of COPD include coughing, shortness of breath, and increased breathlessness.

These symptoms may be dismissed as regular signs of aging, but ignoring them will only serve to limit both mobility and independence in years to come. If you are a senior experiencing symptoms of COPD, consult a doctor as soon as possible.

Other symptoms of COPD range from chest tightness, changes in consistency and color of mucous, and an audible wheeze upon inhalation. “Those with COPD are also susceptible to lung infections, meaning that you may come down with the flu or bronchitis more often than usual. 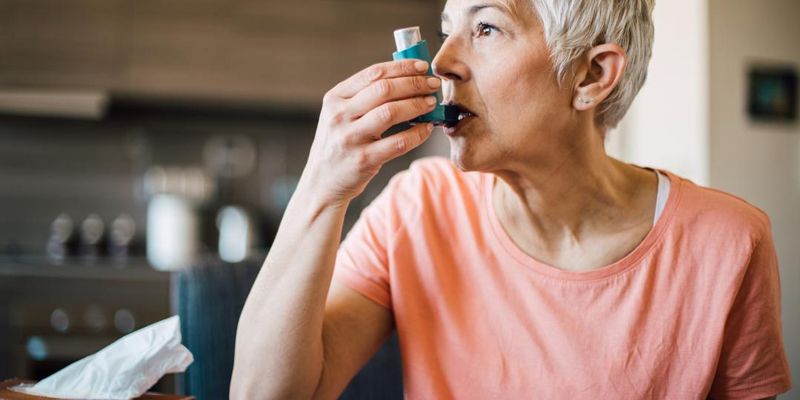 Seniors at high risk for COPD include those who smoke regularly or are often exposed to hazardous chemicals or particulate matter at work. It is crucial to visit your doctor as soon as symptoms of COPD arise.

Your doctor will administer a spirometry test in order to determine your lung capacity and how deeply you are able to exhale. The results may call for further testing, such as a chest X-ray or CT scan, to offer a more accurate and detailed image of the lungs, as well as to help rule out any other conditions, such as asthma. “It may be more likely that you have asthma instead of COPD if your lung function is normal during periods where you don’t have symptoms, if your symptoms get worse at night, or if your breathing problems are brought on by identifiable triggers, such as exercise or allergens,” says Health in Aging.

These tests will allow your doctor to diagnose you with a specific form of COPD and establish how far the disease has advanced. 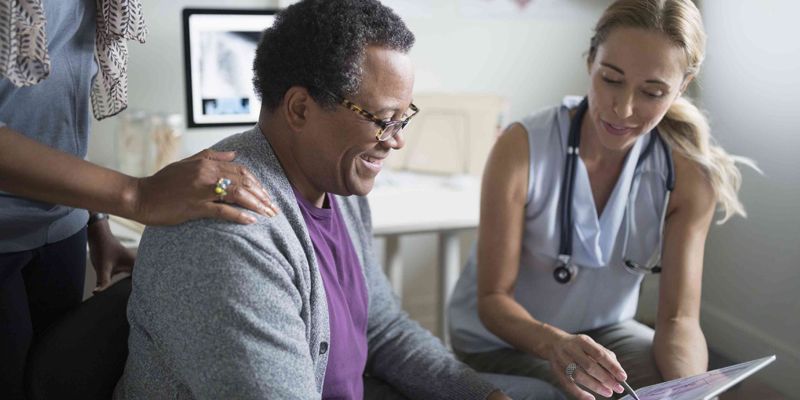 Once a doctor has diagnosed you with COPD and noted the areas of your lungs that are most prominently affected, they will provide you with a treatment plan.

In any treatment, the first step is to quit smoking immediately. Mayo Clinic  states, “The majority of cases are directly related to cigarette smoking, and the best way to prevent COPD is to never smoke — or to stop smoking now.” This is a critical part of treating COPD so as to limit any further damage to your lungs. Quitting isn’t always a breeze, in which case you may consider seeking out a support program or experimenting with nicotine replacements.

If you find yourself feeling out of breath on a daily basis while performing non-strenuous activities, your doctor may suggest pulmonary rehabilitation. This holistic approach to treatment involves nutritional advice, counseling, and physical therapy in combination to help improve your overall physical health while learning to operate with reduced lung function.

If your doctor finds that breathlessness has affected other organs due to declining oxygen in the bloodstream, a supplemental oxygen therapy unit may be necessary. These devices help to deliver oxygen to the body through a mask, nasal prongs, or breathing tube. At the bare minimum, many people find that they feel more secure just knowing that a unit is available to them in the event that they need it, regardless of how often they use it.