Taylor Swift's Cats are the Focus of Her 2020 Holiday Cards

After growing up on a Christmas Tree farm, Taylor knows how to celebrate the season right. Louisville radio DJ Kyle Meredith shared on Twitter that he was lucky enough to receive a cat-covered and totally adorable holiday card from the 30-year-old singer. The card features her three cats named after some of her favorite characters. Olivia Benson, Meredith Grey, and Benjamin Button are each decked out in stylish festive gear against what appears to be a folklore-esque background. 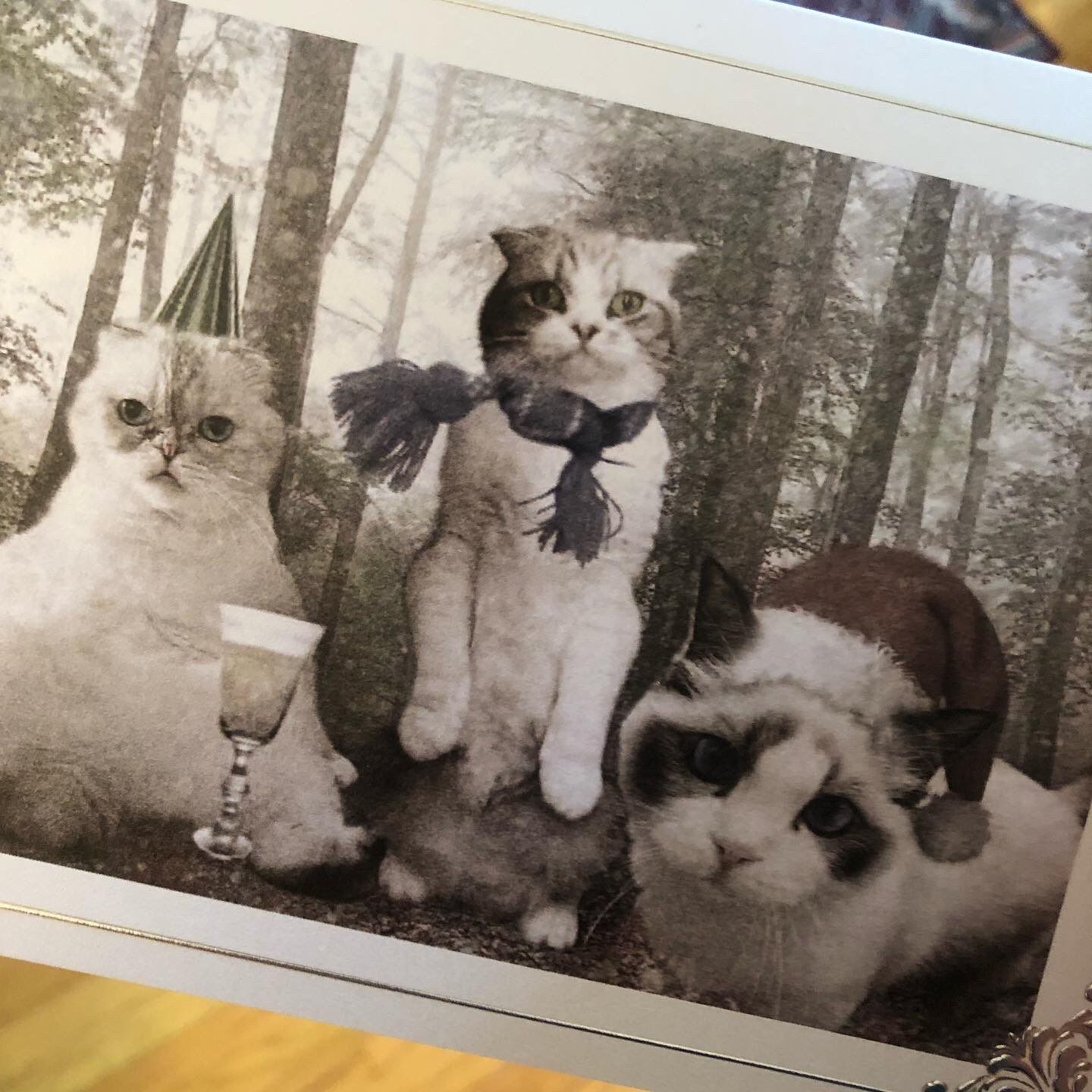 The card to the radio DJ reads:

"Wishing you a season of moments so wonderful, they become folklore. Love, Taylor Swift and everyone at 13 Management."

The Grammy award-winning artist references her record-breaking 2020 album Folklore, not even hinting at the secret sister album, Evermore, that also dropped ahead of the Christmas season. The cats were a clear frontrunner for the card cover, as they were also the most searched celebrity pets of 2020.

Getting a holiday card from @taylorswift13 is a great way to start the season. And cats in Santa hats make it even better. pic.twitter.com/bJoFcTnhbX

Following Kyle Meredith's post, the Swifties reacted with complete awe at their starlet's adorable feline friends. Many questioned how they could also find a card from their favorite singer in their mailbox on Christmas morning.

"I would ruin myself a million little times for this Christmas card," wrote one user on Twitter. Another fan commented, "Still waiting on @taylorswift13 to send my Christmas card so I can die happy."

With these two pretty kitties under the tree, there is no lack of holiday cheer this year!