A skier's worst nightmare has finally been realized thanks to a new video that has emerged from Romania. A large brown bear was filmed pursuing a downhill skier during a race, and he had no intention of letting the athlete escape. David Creța, one of many ski lift onlookers who filmed the unreal encounter, said that people on the ski lift were doing their best to distract the bear, but nothing would make him look away.

The skier came up with a pretty clever plan to stop the bear in his tracks, though it was at the expense of his personal belongings.

"He did a pretty cool move which is a really safe one when you want to get away from the bear," said skier Angel Somicu, who had worried about the same bear earlier in the day. "He dropped his bag off, and, well, the bear was dragged towards the bag."

The bear dropped his chase and went for the bag, hoping to find some food in the pockets most likely. 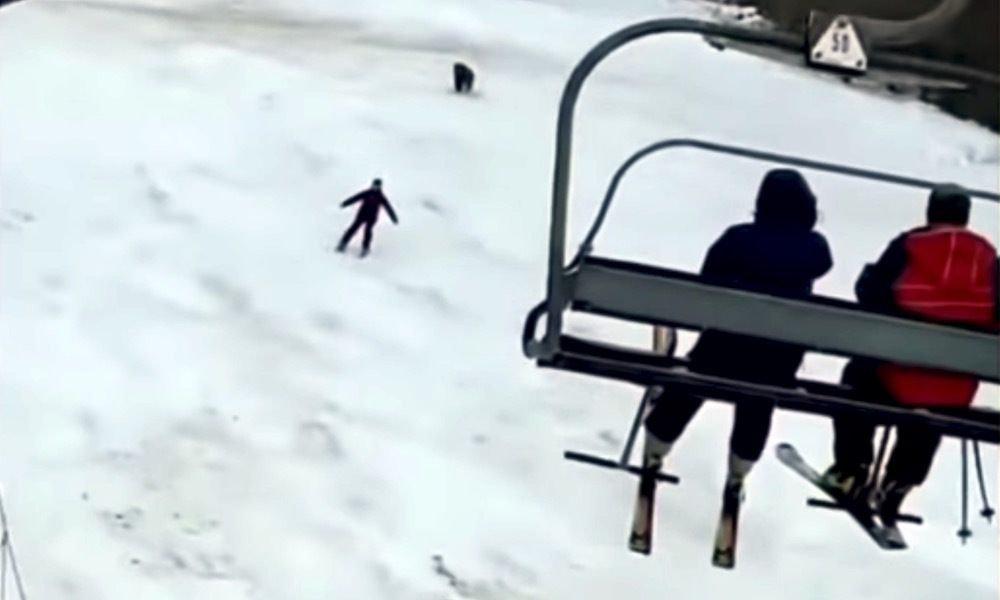 According to Creta, the mysterious skier survived the incident without injury, but not without a story. The bear ran off into the forest, also with a pretty wild encounter. There are about 6,000 brown bears in Romania, which is one of the largest populations of bears in Europe. The result has been increased bear hunting in the past few years, but not for this elusive guy, who lives to see another day on the ski slopes.