Pet Owner Drills Holes In Fence For Dog to See Out

Everyone hates nosy neighbors, but what if that nosy neighbor had four legs and a wagging tail? A viral TikTok video showed a couple of dogs sticking their snouts out of a fence to the delight of some people walking by. There were also eye holes big enough for the dog to see out of. The caption of the video was simply "Mommy is home". It shows her walking up to the fence, and the dogs appear not too long after.

According to People, the video has since racked up over 15 million views and an equally impressive number of likes and comments. In the video, an unseen Australian woman approaches the fence while recording and says "Hi! Hello!"

Many viewers commented that they were impressed with the innovative idea, and some even said they planned on recreating the hack for their own pets. 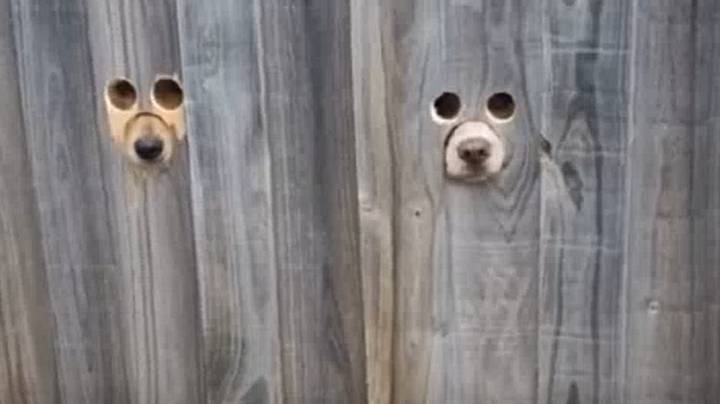 Even better, one commenter pointed out that when the dogs stick their snout through, they can't bark at the approaching guest. It works as an accidental muzzle that the dogs put themselves in!