A retired music teacher in a Utah hospital wanted to show her gratitude to the people working tirelessly during these trying times. Grover Wilhelmsen was being intubated to help treat the COVID-19 that had infected his lungs and he sadly lost the ability to speak, though temporarily. Despite losing his voice, Grover Wilhelmsen did not lose his spirit. He asked his wife Diana to bring him his violin. He wanted another way to say ‘thank you’ to those in the intensive care unit.

“He let the violin do the talking for him because he couldn’t talk himself,” Diane said in an interview with CBS News.

Ciara Sas, one of the nurses at Intermountain Healthcare’s McKay-Dee Hospital, said that his kind notes brought tears to her eyes. She decided that this was a gift too special to keep to herself, so she piped the melodies into the hallway. Her colleagues walking by could hear the beautiful violin from inside the room. 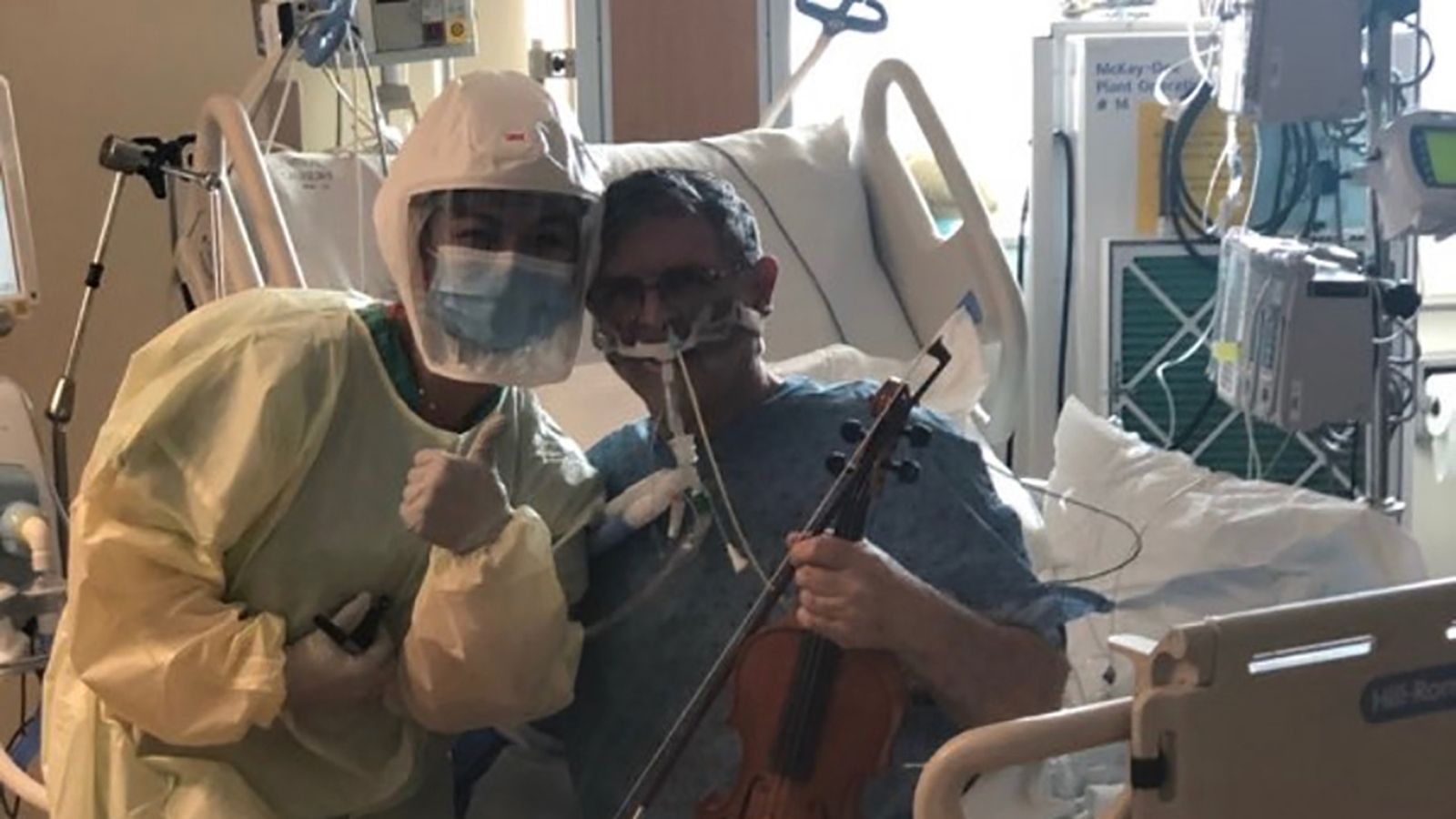 Soon, others joined her in the room to experience the concert alongside one another. As Sase recounted the event, "This is something that will follow me for the rest of my career."

Though music may not be the actual best medicine for the body, it sure does make the hard times go down easier.