Man's Best Friend Is Actually A Pig, Not A Dog

If you're in the market for a loyal new pet, maybe try visiting the farm instead of the pet shop. New research shows that pigs adore human companionship, even moreso than dogs or cats. Celebs like Miley Cyrus, David Beckham, Ariana Grande, Paris Hilton, and George Clooney have all had pet pigs in the past. George's lived for an astonishing 18 years by his side. 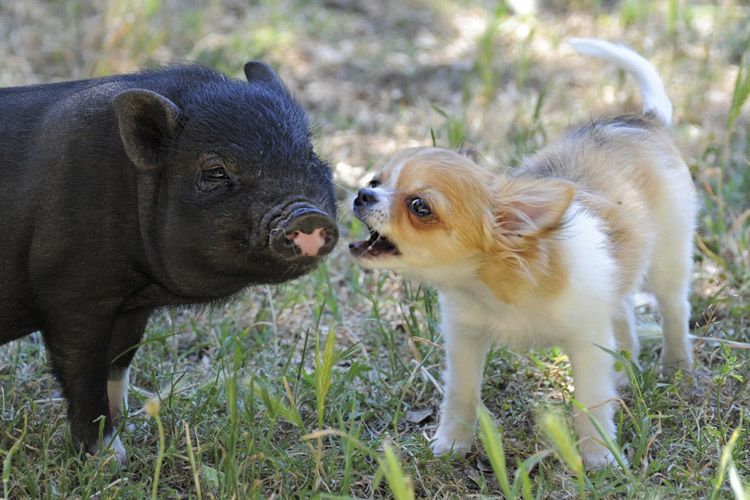 In Budapest, the Hungarian researchers from Eotvos Lorand University found that not only are pigs just as loyal, they're also just as easily trained. The same way that dogs do, they will turn to their human companion to receive emotional support.

"The similarities we found between the two species point to their similar capacities for engaging in communicative interactions with humans," reported Paula Perez Fraga, an animal behavior expert who assisted on the studies. 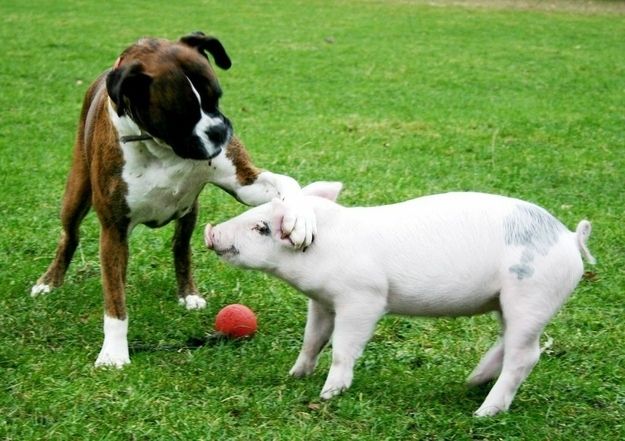 "We were curious whether family pigs also exhibit similar communicative signals as dogs, and whether they spontaneously rely on human cues," continued Paula. Dogs are naturally communicative from birth, but pigs are often not given the chance to perform similarly. THey found remarkable similarities with one key difference.

"Only dogs looked up at the human face when they did not expect to receive any food," reported Paula.

Of course, additional tests gave additional and differing results of the communication styles, but overall, it can be described as a success.

"We think the primary difference between pigs and dogs lies in the fact the natural salience of the human as a social stimulus for dogs can facilitate learning about communicative cues even without specific training," said Paula.

Whether you choose a furry friend or a muddy one, either way you've got a new BFF by your side!