Girl Scout cookie season is the best and cutest time of the year. One little girl made such an adorable sales pitch that she sold 200 boxes in just 24 hours! Allie Shroyer, a child from Arizona, was eager to get her cookie sales up as soon as possible. She came up with a brilliant idea to post her pitch online and generate a lot of interested buyers. It wasn't long until her plea for patrons went viral on the web. 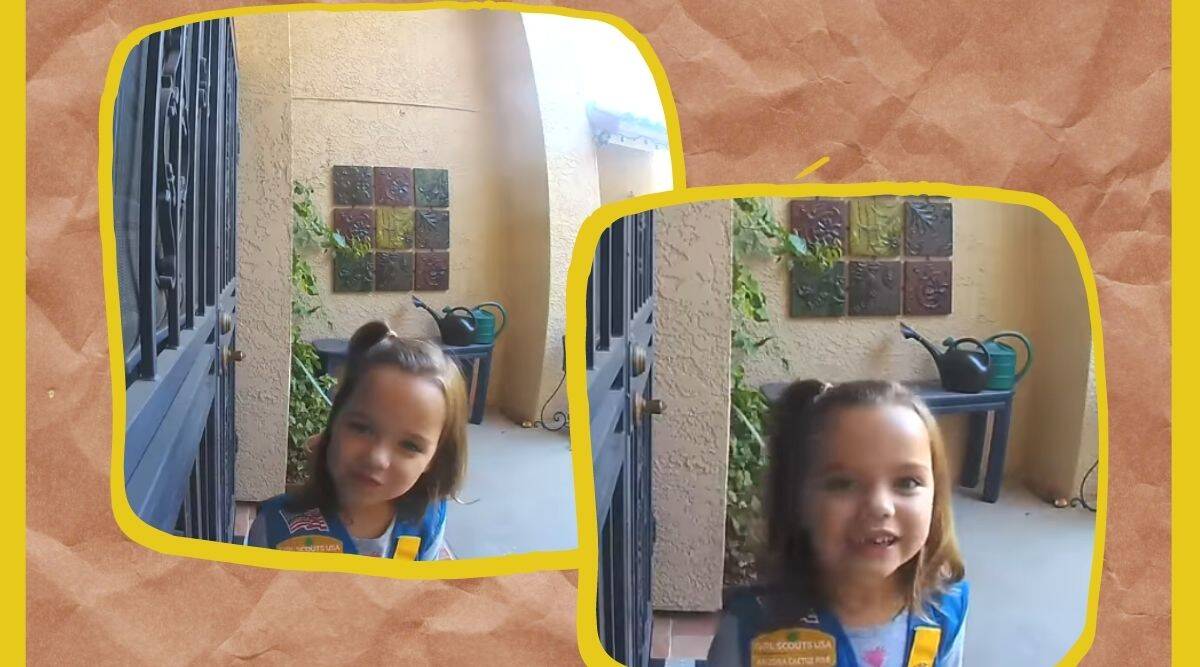 Allison is a student at Cheyenne Traditional School in Scottsdale, AZ. Her viral video showed her through the lens of a doorbell, asking the residents if they'd like to buy one cookie, or maybe a few more? She asks the camera "Would you like one? Or two? Or three or four or five?" The homeowners were so impressed with her marketing skills and salesmanship that they shared the video with Allison's mother, who posted it on Facebook where it went viral.

"Her sales pitch was so successful that she sold over 200 boxes in the first 24 hours," Kristen Shroyer said in an interview. “We’re going to pick up all the cookies and start delivering them next week."

She also mentioned that cookie sales were expected to be lower this year due to the virus, but people have been reaching out since the video went public asking to be added to the list. Now that's a really sweet deal!