Little Boy Is Surprised By Firefighters After Brutal Accident

in Blue River, Oregon, one little boy's dreams just came true after experiencing his worst nightmare.  Firefighters were there at the scene when a little boy accidentally wrecked his bike in the worst way. He had fallen off of a 40-foot cliff at the local Blue River Dam. To make things even worse, his mother also dove over the cliff in hopes to save her son. Thanks to the firefighters, things started turning up for the family.

Thankfully, the boy escaped the dramatic fall with only a broken arm and other minor injuries. An authority figure at the Upper McKenzie Fire and Rescue said credited Lt. Samantha Winnibgham with organizing the surprise-- giving the little boy and his sister two brand new bicycles and a bouquet of flowers for the mother. During a scheduled driver training, the firefighters delivered the gift. Arriving in their fire trucks, honking horns, and waving hands, they excitedly showed the family their big gift. 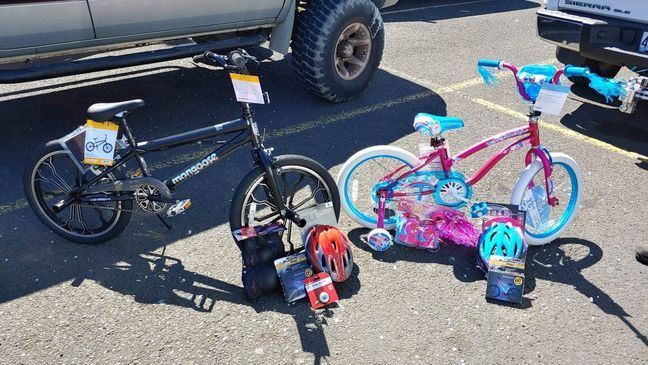 The local firefighters are very proud of the boy for taking such precautions. They say that the boy's helmet was most likely the reason he was still alive. For this reason, the bikes included new helmets as well. Each bike also has state-of-the-art brakes so that the boy doesn't find himself in such a terrible situation ever again. "I am so fortunate to work with such a generous, caring group of First Responders who consistently go Above and Beyond to make our community a better, safer place," said the Fire Chief, Christiana Plews, on the group Facebook page. 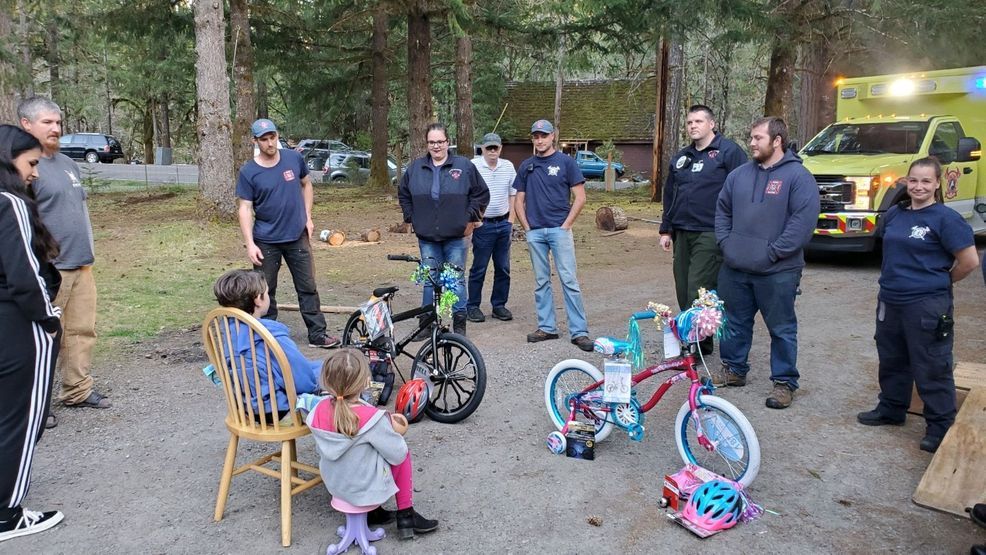 The firefighters also included pads and bells to ensure bike safety. "This gesture illustrates their level of commitment and compassion to strangers and their friends and neighbors alike," continued Christina, "Sam said it best when organizing the effort, 'No little boy should go without a bike!' This story warms my heart. I am so blessed to lead these good people." For now, the family is happy to enjoy their new bikes in a much safer way.