Little Boy Gets A New Puppy That Looks Just Like Him

In Jackson, MI, one little boy fell in love with one very unusual puppy. The staff at the Jackson County Animal Shelter worried that their new black-and-white puppy would be the one left unadopted, on account of its odd facial feature. It just so happens that a visitor stopping by to adopt some farm chickens had a son with the same strange feature: a cleft lip. He knew his 2-year-old son would fall immediately in love. "It was pretty shocking actually. I had never seen a dog with a cleft lip before," recalled Brandon. He got his wife on the line to back up his idea of taking the dog home. Ashley Boyers, 23, told him that their son would love it and to go ahead with the puppy purchase. The dog had a few more vet visits, but he could be taken home in a couple of days. The wait wasn't an issue, and the next day, the Boyers took their son to meet the dog. 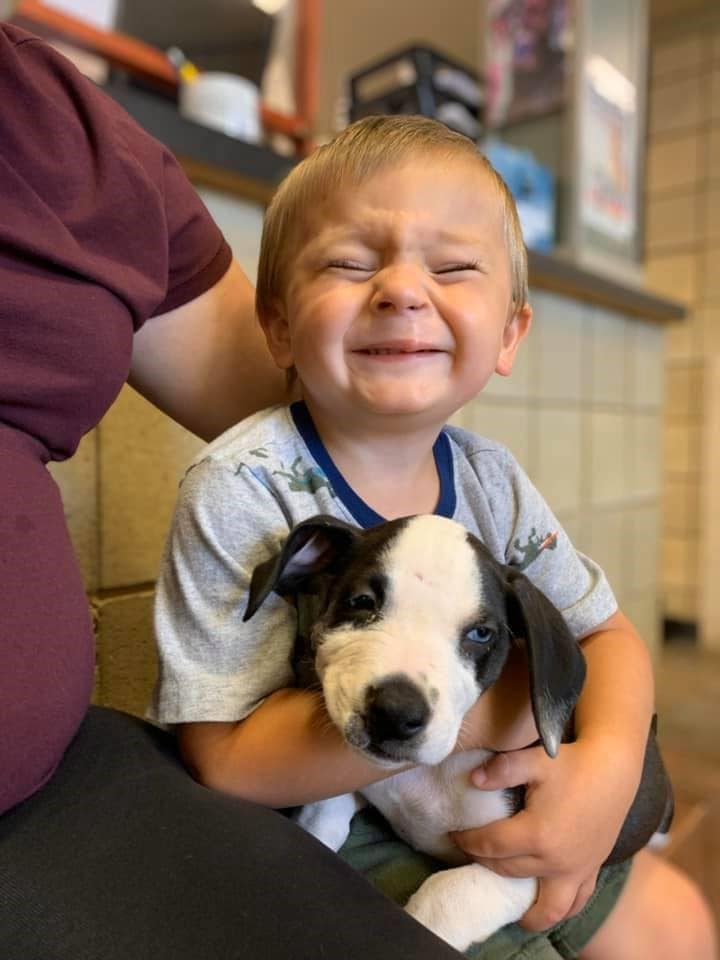 "They were head over heels for each other right away," said Ashley. As the two hit it off, "everyone started crying." The couple allowed Bentley to pick the name, which ended up being Lacey. The dog is one of the first in the shelter to come in with a cleft lip. Bentley has a few more surgeries until his lip can be fixed, but until then, he has a new BFF who looks just like him.