Please, resist the urge to throw out a few snowballs! This beach in Finland was overrun with balls of ice, but the fun of this phenomenon is all in the sight. Found on the Marjaniemi beach, this sight is a rare and surreal side of mother nature. Photographer Risto Mattila and his wife were one of the lucky few to catch this scene covering a stretch of shoreline on Hailuoto Island by the thousands. Certainly, it is a sight for sore eyes. 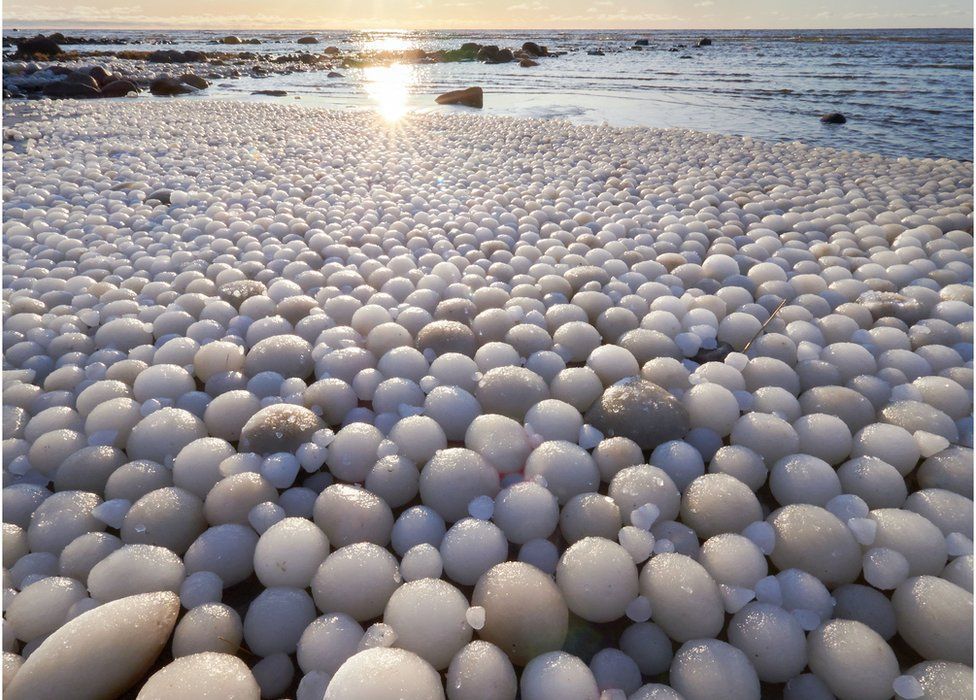 "I was with my wife at Marjaniemi beach. The weather was sunny, about -1C (30F) and it was quite a windy day," Mattila told the BBC.

The ice balls are created when ocean ice is buffed by wind and rough waters. Though they may look aesthetically pleasing, they can be dangerous. Some even get up to the size of soccer balls. The balls typically only form in very cold climates, such as on Hailuoto island, which sits between Sweden and Finland.

Similar sights have been recorded in other parts of the world such as on the shores of Lake Michigan near Chicago and Nyda in Siberia. They have also been previously found several times in Russia. Though extremely rare, this sight is breathtaking to all those who have gotten to experience it.

"That was an amazing view," Mattila said in an interview with the BBC. "I have never seen anything like this during 25 years living in the vicinity. Since I had a camera with me I decided to preserve this unusual sight for posterity."