With Valentine's Day right around the corner, heart-shaped crystals are sure to be found alongside chocolates and flowers, but they will be nothing in comparison to the real deal. On the border of Brazil and Uraguay, an amethyst crystal was broke open to find a heart shape that had already been created by Mother Earth. The excavation at the Santa Rosa mine in the Catalan area in Artigas was supposed to be a routine visit, but these miners got more than they expected. 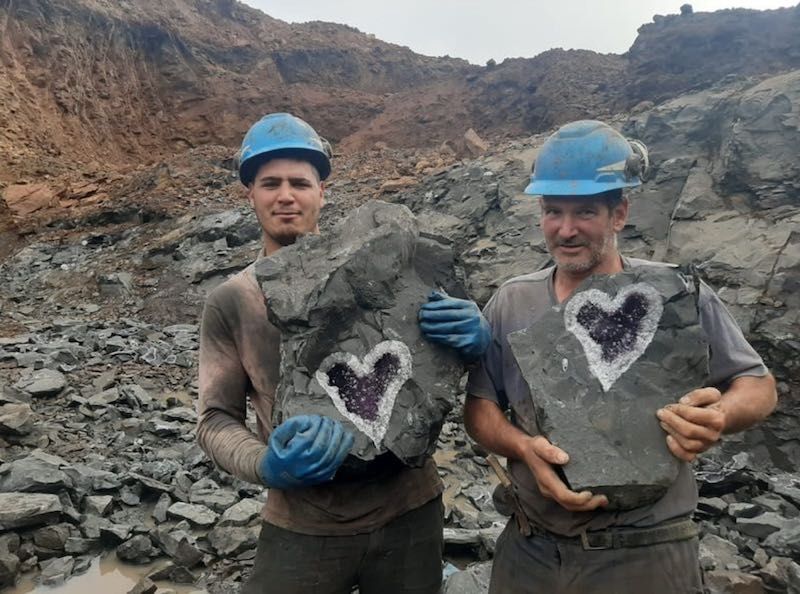 The rocks found in this location are overrun with basalt, which can sometimes foster difficult working conditions. The miners said that while they had had some luck in the past, nothing had ever come close to the gem they were seeing now.

"What a treasure!” said Marcos Lorenzelli of Uruguay Minerals. Clearly, other people thought the same things, as bidding for the precious gemstones began quickly after the announcement of the discovery. 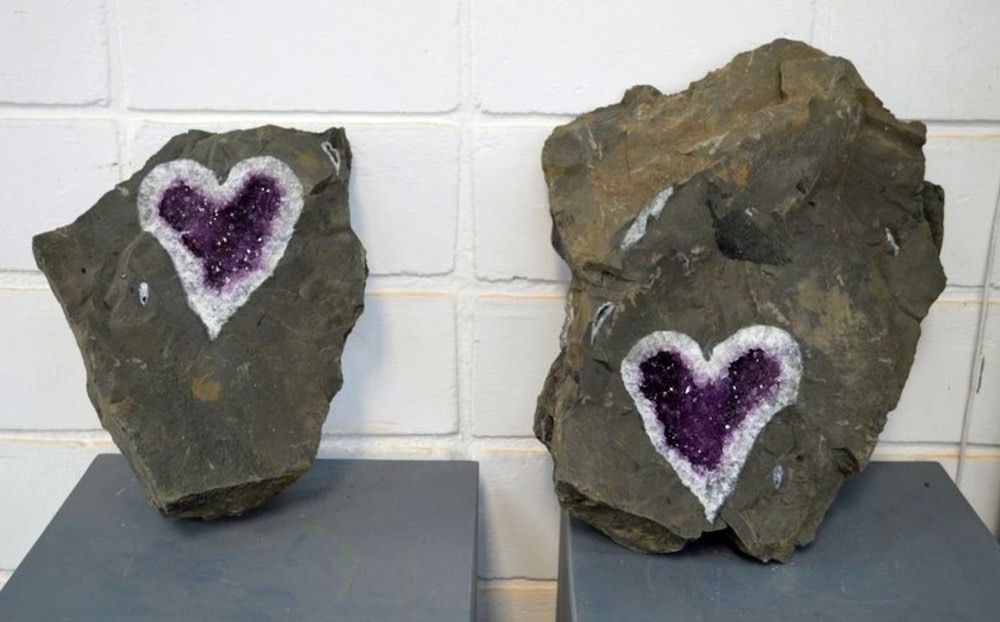 According to Lorenzelli, the highest bid so far has been $120,000 for the rocks split down the middle. The weight of the rocks is estimated to be around 150 pounds (80kg). Through their website, bidders can also find smaller, less expensive stones for purchase, several of which take the shape of hearts or angel wings. Whoever lands the big heart-shaped amethyst is sure to have an unforgettable Valentine's Day!