Grizzly Bears Near Yellowstone Will Be Protected From Hunters

A series of hunts were planned by groups near Wyoming and Idaho. The teams were hoping to hunt the endangered Grizzly Bear for sport, and at the time, this idea was perfectly legal. However, thanks to new rules set forth by the Endangered Species Act, the 9th Circuit Court of Appeals ruled to protect grizzly bears and restore their status under the act.

The bear was removed from the Endangered Species Act list back in 2017. The judge who ruled in favor of their restoration said that this removal was "the result of political pressure by the states rather than having been based on the best scientific and commercial data." It's estimated that these hunts would have likely killed about 23 grizzly bears. 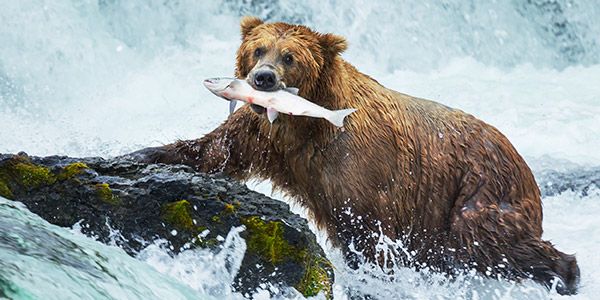 The Grizzly Bear species has bounced back since it's initial endangerment. At the lowest, there were only 136 bears of this kind roaming the earth. For context, the original number in North America sat around 50,000.

"Not a single [scientific] paper has said they are OK in the long term," stated the Western Environmental Law Center's Matthew Bishop.

The court ruled that they are in favor of promoting the longterm health, life, and success of the Grizzly Bear species in Yellowstone, even if it means some scarier hiking trips.