By Alyssa M 11 months ago

In the Hatfield Moors outside of Doncaster, England, a brutal wildfire broke out in the wilderness. During this, three separate fire stations united together to assist in putting out the blaze. While fighting the fire, they discovered a tiny baby deer, struggling to survive in the wake of the damage. Curled up in some bushes and not sure what to do, the firefighters brought the deer to safety. She had already taken in a lot of smoke. Were they too late? 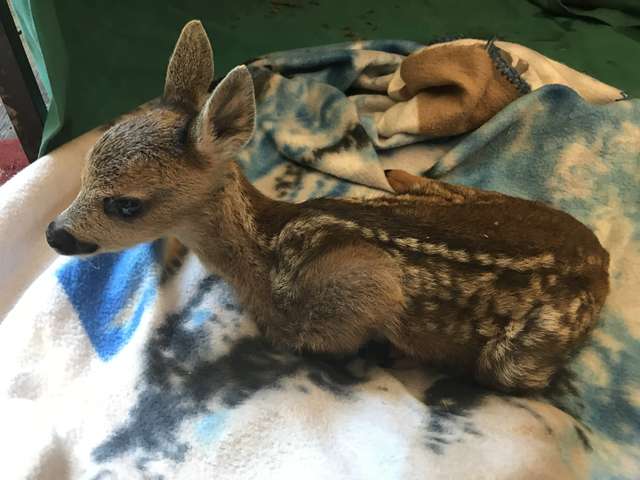 The firefighters had an idea: an oxygen mask! Of course, regular ones would be too big, but luckily, a new animal oxygen mask had just reached Doncaster.

"We introduced animal oxygen masks in 2017 and these kits were donated from Smokey Paws Charity. This was the first time our crews have used a mask on a deer," said  Ros Barbour, communications supervisor at Humberside Fire and Rescue Service. "The masks have been used on dogs and cats at fires in people’s homes." 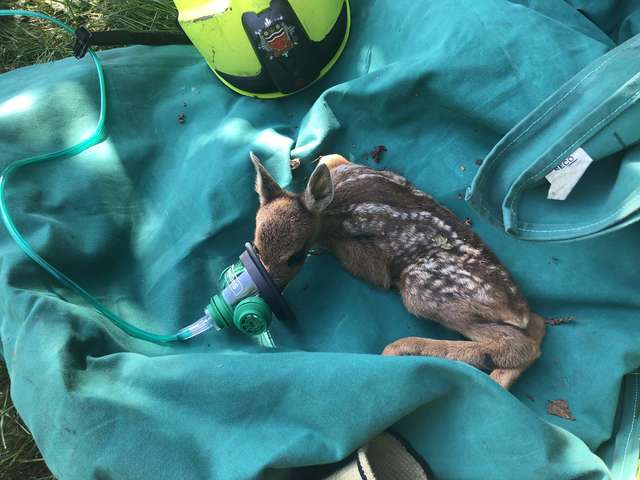 Eventually, with the help of the firefighters and the mask, the adorable baby deer regained consciousness. They had saved her life! Once she was pumping air again,  the firefighters quickly brought her to the RSPCA. In case anything very wrong had happened, the shelter would be able to cure her. This rescue was an impressive success among the team. 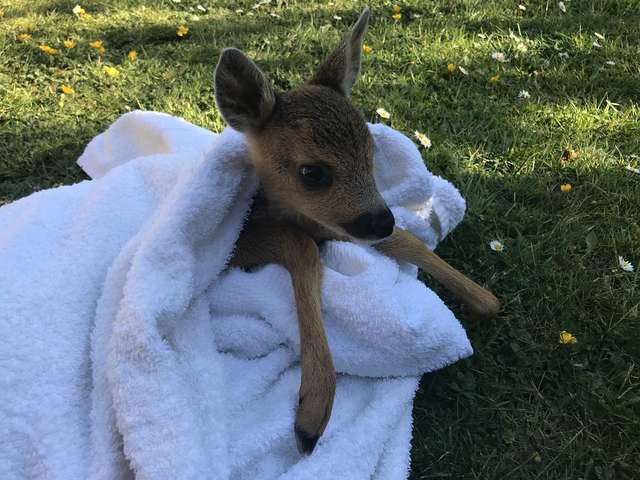 "The fire was huge and the crews did an incredible job getting this terrified little kid to safety and helping her when she was struggling to breathe. I’m certain they brought her back to life and without their quick-thinking actions she may well have perished," reported Daniel Bradshaw, an inspector with the RSPCA. The deer is now back to full health and is ready to be returned to the great outdoors!