Kamala Harris Appoints Little Boy As Her Own Vice President

There's a new VP in office, and he can't even tie his shoes yet! Current Vice President Kamala Harris recently visited a childcare center in Washington DC. She was there to promote the administration’s child tax credit, but she made a few young friends along the way. One of these was a little boy who admired her exclusive VP pin adhered to her jacket. She unpinned the flag from her own apparel and gave it to the little boy, which another student asserted meant that he was the new vice president! 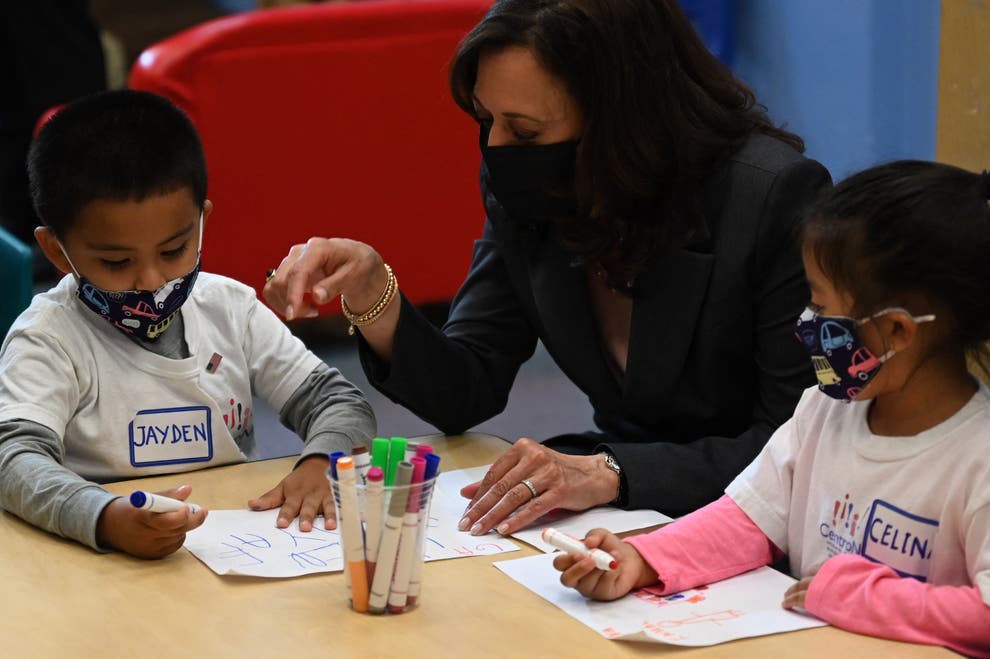 "Do you like this? It’s the flag. Do you want to wear it?" asked Harris in a video that has since gone viral on Twitter. The little boy answers that he does, but follows it up with a question of why she chooses to wear the pin at all. Harris replies to the child "Because I’m the Vice-President of the United States and I wear the flag of the United States. Would you like to wear it?"

Needless to say, he definitely did!

Another student makes her laugh: “If he wears it, he’s the vice president.” pic.twitter.com/3dmdnKxyIs

Social media responded positively to the clip of connection between the government member and one of the nation's kids. Others compared her with the former First Lady, Melania Trump, whose interactions with children often read as uncomfortable to viewers. Overall, her visit seemed to be an authentic and genuine display of interest in the future of America's youth.

As one commenter summed it up: "Humanity...Compassion....at last!"