June is pride month, and this Dad is showing support for his LGBTQIA+ son!

John Wyatt and his son Caden live in Owasso, Oklahoma, a place not well-known for gay pride. The duo posted a TikTok video on June 5 in which they post a pride flag outside of their home to the tune of "Born This Way" by Lady Gaga. As Wyatt says in the viral video, "We are fixing to shock Oklahoma!"

To show their support, the family put up an ally pride flag, which combines the traditional rainbow flag with black and white stripes. The black and white stripes represent the cisgender straight community supporting the gay community. Caden purchased the flag at his first-ever Pride event this past May and asked his dad to fly it out front. Wyatt was more than happy to oblige.

"We installed it together that same day and made that video," he said. 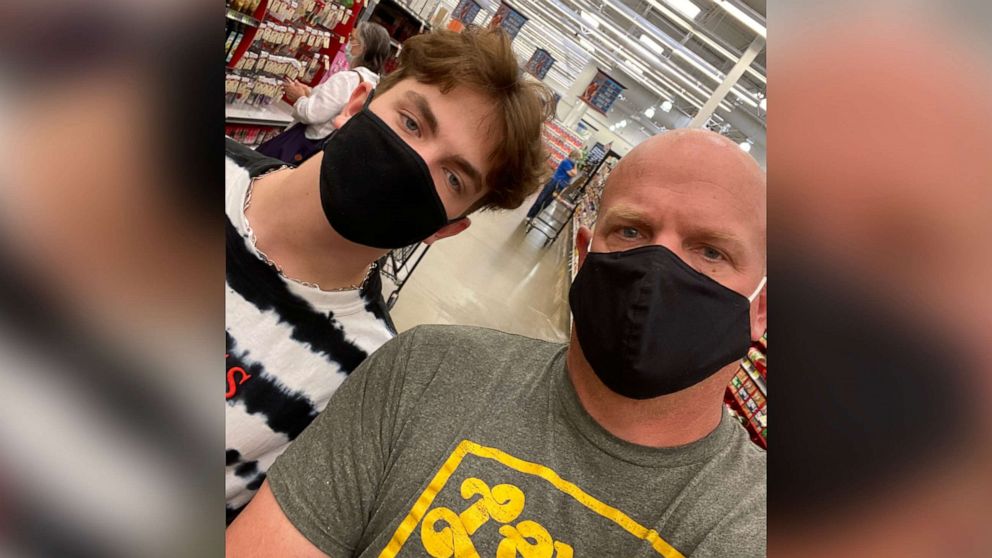 Considering most of Oklahoma leans conservative, this simple act was pretty radical. Wyatt himself says he was conservative up until about 10 years ago. This was because although Caden came out to his family when he was 15, Wyatt had always suspected his son was LGBTQ in some way.

"It definitely started me on the thought, ‘Well, maybe it isn’t necessarily a choice. Maybe it’s something you’re born into,'" said Wyatt. "And time would prove me right. No one can convince me he wasn’t born that way."

Happy pride month to members of the LGBTQ community and the families who support them!