In Hampton, VA, one little boy is making a difference in the lives of several families. The business-savvy 11-year-old is named Cartier Carey, and he wanted to use his lemonade stand to give back to his community. During the pandemic, Carey knew families were struggling, so he wanted to help.

"He doesn’t want to spend any of the money on himself. He just wants to continue to keep buying diapers and giving each day," stated his mother, Brittany Stewart, in an interview with CNN. 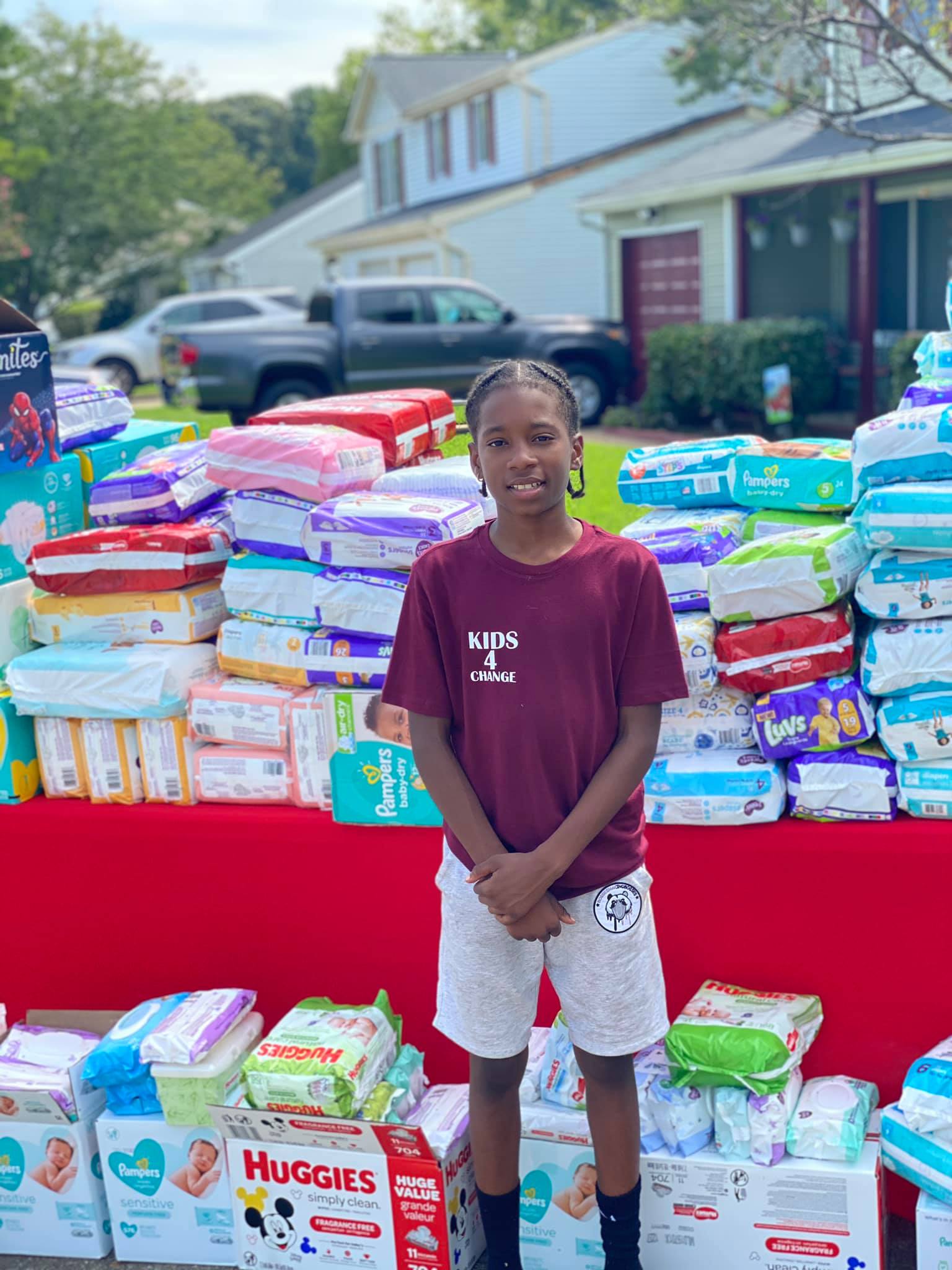 The idea came when Carey visited his grandmother in her poor neighborhood. The difference between his own home and hers was clear. "He just came up and said, ‘Hey can we help some of the moms?’ and we were kind of like, ‘What do you want to buy?’ That’s kind of how it came [about]," said Stewart to Virginia Pilot. He collected $5,000 with a combination of lemonade stand profits and kind donations.

For Carey though, the best part is being able to help. One woman broke down in tears upon receiving some diapers, she gave him a huge hug which moved him deeply.

"It was heart touching," recalled Carey in an ABC interview. "I almost cried myself when she gave me a hug and started crying. That made want to just keep doing it. Others can make a difference just like I’m doing right now. They can save lives and be heroes. [You’re] never too young."