Some pets are best kept on a leash, but others stay right in your pocket! Pokémon cards are a commonly traded card game with thousands of rare collectibles. When Bryson Kliemann, 8, found out that his dog Bruce was in need of medical care, he wanted to chip in as best as he could. Bryson sat outside his family home with a sign that said "Pokémon cards 4 sale" in order to raise money to treat his pup's parvo. 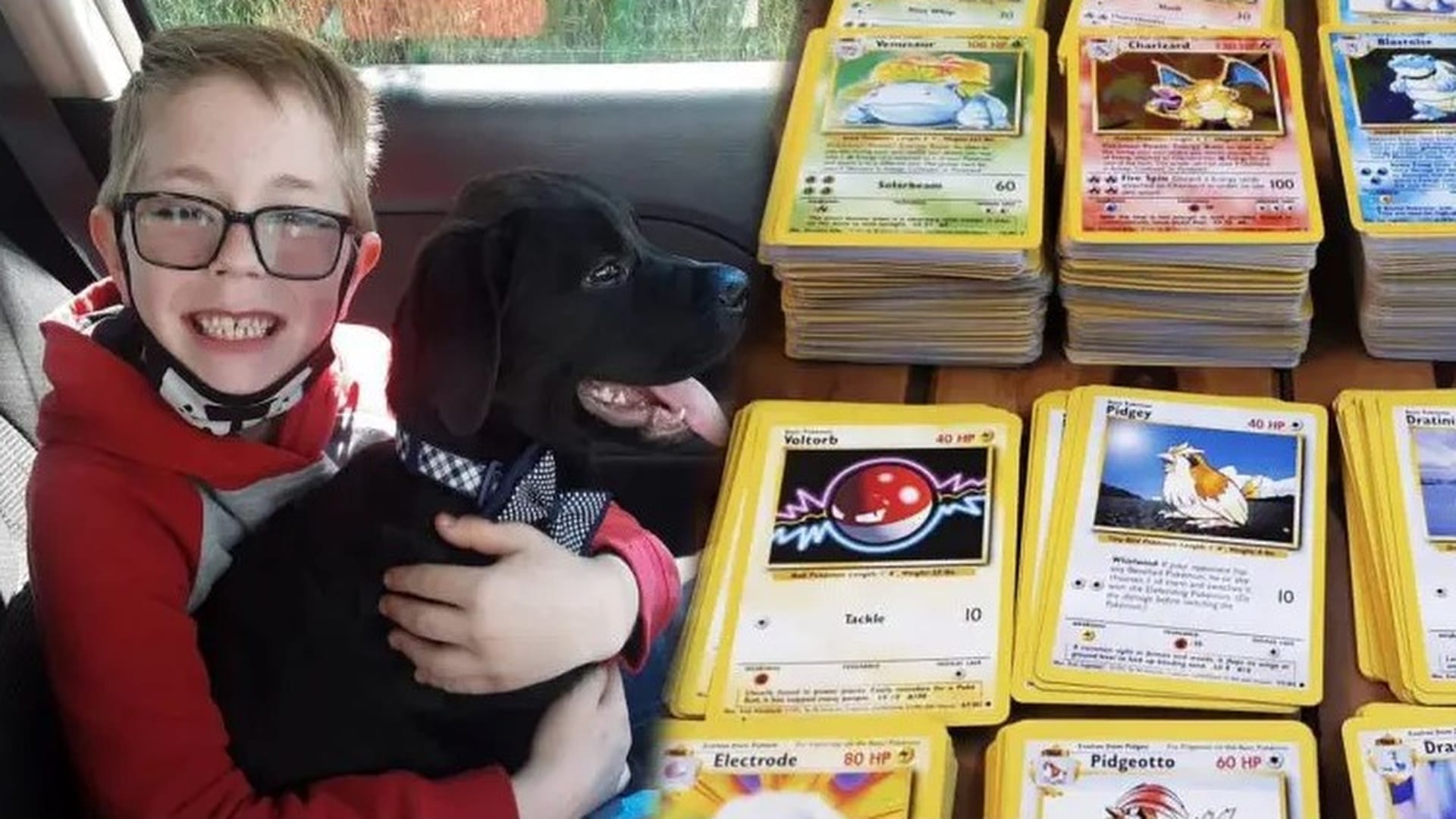 After going viral in their local community, Bryson's mother made a GoFundMe in order to raise additional funds for the dog's treatment. The goal was $800, but the bar was raised all the way up to $5000 thanks to generosity from all over the world.

Even better, the team at Pokémon HQ heard about Bryson's kind act, and sent him a few cards to replace the ones he sold, including some super rare ones!

Though donations were still coming in, Kimberly turned off the donation link as the pup has now fully recovered! Excess cash will be donated to help other sick pups in financial strains throughout Southwest Virginia. Bryson is feeling incredibly blessed to have both his best friend and his beloved collection back in his life again.

"I am super happy," said Bryson. Now, he's got to catch them all again!