Angelina Jolie Is Covered In Bees

National Geographic recently set up Angelina Jolie with a few new coworkers...bees! The well-known humanitarian and activist (as well as model and actress) posed for 18 minutes with a swarm of bees crawling all over her. She and photographer Dan Winters thought this would be a powerful way to remind people of the plight of the insect during National Bee Day on May 20th. Honeybees have been endangered in recent years despite their important use. 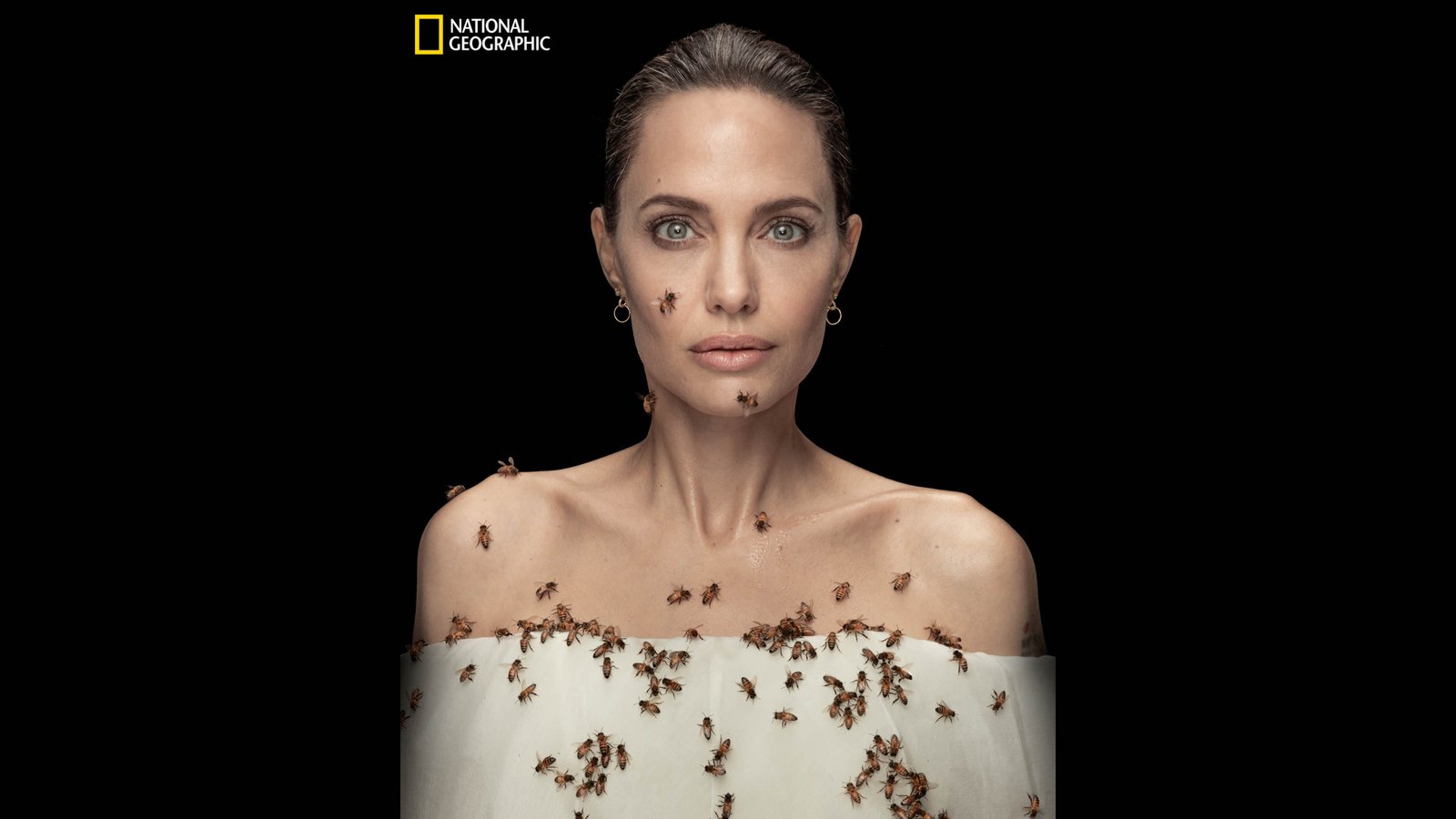 According to Winters, Jolie was more than willing to take on the challenging and terrifying pose.

"There was never a moment of like, ‘Ooh,’ or anything. It was like she’d just kind of done this her whole life and this was sort of this laissez-faire experience for her," said the photographer. "And I was incredibly impressed by that. I was the only person on the crew that didn’t wear any protection. I kind of did it in solidarity."

The trick for his mastery was tracking down the entomologist behind Richard Avedon’s 1985 "Beekeeper". The entomologist, now 87 years old, said that bees best respond to a specific pheromone that signals the bees to stay relaxed. Thankfully, he still had some of the special stuff locked away in a jar in the attic!

Maybe with Jolie's powerful image, as well as National Geographic's efforts to stop killing the bees, a real change could be possible!