The California wildfires have changed the lives of so many, like 9-year-old Reese Osterberg and her family. The group lost their home and all of their belongings about a month ago in California’s Fresno County Creek Fire. Reese was most upset to lose her baseball card collection, which had amassed to over 100 cards in three years. The Fresno County Fire crew spread the word about her loss on their Facebook page, hoping to have some of the community donate their cards.

Kevin Ashford from San Jose stumbled upon the post and thought of a generous idea.  "I got to thinking about what I had in the garage… I thought, you know, what if instead of selling them on eBay, I’m going to donate them," said the kindhearted hero in an interview with NBC Bay Area, "I’m gonna donate them all and put a smile on a little girl’s face."

Kevin had been collecting since the mid-90s and had about 25,000 cards to his name. 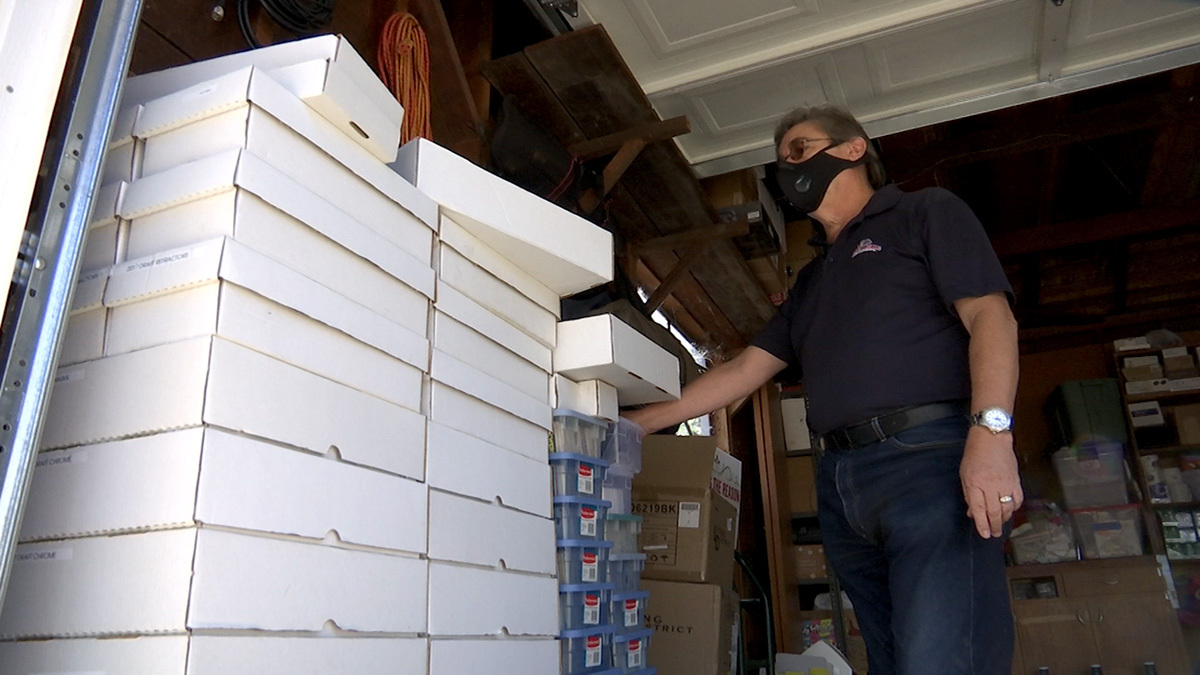 When Kevin handed over his collection to the Fire department, he was feeling pretty good.

"I just feel really good about making the choice to do this..." said Kevin. His 25 years of card-collecting have all led up to this moment, and it was a pretty incredible moment.